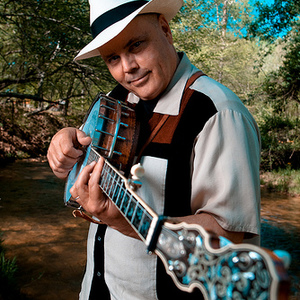 David Holt is a four-time Grammy Award winner for his work as a musician. He is dedicated to performing and preserving traditional American music and stories. Holt plays ten acoustic instruments and has released numerous recordings of traditional mountain music and southern folktales. He also hosts a jazz program for public radio, Riverwalk, as well as a television program on folk music and culture on North Carolina public television, Folkways. He frequently performs with Doc Watson.

I Got A Bullfrog