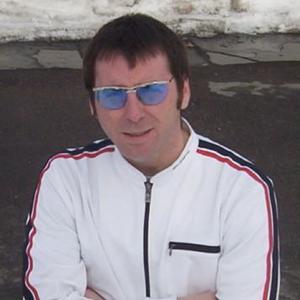 As the world celebrated the bicentennial anniversary of Ludwig Van Beethoven's birth, David Dragov was born. Like Beethoven, Dragov headed south to pursue his musical career. In Dragov's case, heading south meant moving from his homeland Canada to the centre of musical culture - New York City. Listening to Dragov's music, one hears a myriad of influences ranging from Busta Rhymes to Radiohead, from Igor Stravinsky to Beck. Lyrically, he explores both the philosophical and the sociological. Earbuzz.

om said that Dragov "presents a 'hook' that is infectious around a groove that spears the soul." Dragov has developed a loyal following in New York City with numerous performances at the Knitting Factory, the Continental, Arlene's Grocery, Sidewalk Cafe (where he was once crowned "Winter Antifolk King"), and CBGB's, where his performance was recently filmed for a TV show called "Abfab," broadcast on Manhattan Cable's Channel 67. Dragov's fans are so loyal that every Thursday night at the Grind Coffeehouse, a roomful of them can be spotted squawking like penguins along to Dragov's "Penguin War of 2033" or raising their coffee cups to the Dragov-penned borough anthem "Staten Island."

Dragov lends his name to his latest Cd release entitled "Popov." A mixture of pop, alternative, rock and classical music, Dragov puts the O-V in the P-O-P by creating a musical sound that is clearly his own.

Dragov holds three degrees in Musical Composition, including a Ph.D. from the University of Toronto. He is signed to Aardvark Records- a UK label.

For He's A Jolly Good Fellow