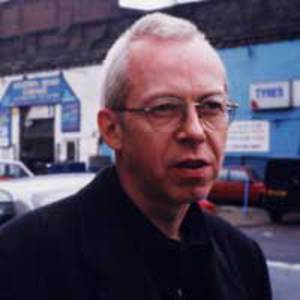 Since 1993 artist and musician David Cunningham, of The Flying Lizards, has created a continuing series of installation works based on real time exploration of acoustics. 'The Listening Room', Biennale of Sydney (1998) was followed by 2 installation works in "Days Like These", The Tate Triennial of Contemporary British Art, Tate Britain 2003 and subsequent installations at ICC Tokyo, Ikon Birmingham and Camden Arts Centre London.

David Cunningham was born in Ireland in 1954 and lives and works in London. His work has ranged from pop music to gallery installations, including work for television, film, contemporary dance, and a number of collaborations with visual artists. His first significant commercial success came with The Flying Lizards' single 'Money', an international hit in 1979.

Since his first album release 'Grey Scale' in 1976 he has worked as a composer and record producer, engaging with an eclectic range of people and music, from pop groups (This Heat, Owada) to improvisors (David Toop, Steve Beresford) to Michael Nyman's music for Peter Greenaway's films and work with Ute Lemper and others.

David Cunningham is Senior Research Fellow at London College of Communication, University of the Arts, London.