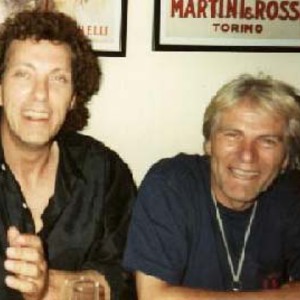 David Courtney is a British singer-songwriter and record producer. Courtney's first big break was as a songwriter with Adam Faith and Leo Sayer; Courtney co-wrote several hit songs with them (including "Giving It All Away", recorded by both Sayer and Roger Daltrey) and he co-produced Faith's 1974 album, I Survive. He released one album of his own on United Artists in 1974 entitled David Courtney's First Day; it saw some success on both sides of the Atlantic, and peaked at #194 on the U.S. Billboard Top 200.[1]

Courtney did not release any further material until 2005, when some of his unreleased material, including a 1980 studio album, was released on indie label, The White Room. As a producer, Courtney has also worked with musicians such as Roger Daltrey, Gene Pitney, Eric Clapton, David Gilmour, Jimmy Page, and others.

HERE'S ONE I MADE EARLIER