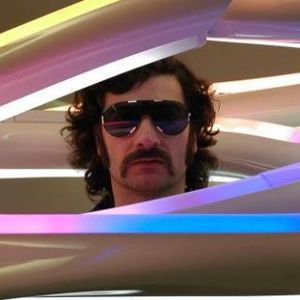 Since the emergence of Gigolo Records, on which he has signed the first reference in 1996, David Carretta is acknowledged as a mainstay of electro-techno that he contributed to create. Far from elusive passions, the always unassuming and intuitive Carretta starts his own record label Space Factory. Carretta colaborated with many Workerpoor, Al Ferox, Electrosexual, The Hacker, kiko, Dj Tonio, D.I.P. , Gesaffelstein and many more

A flawless course. This is simply what David Carretta has completed in electronic music since his beginning. A discreet and virtuous course. Too discreet? Undoubtedly. If today it is a mark of good taste to produce some electro-techno tunes, David is careful not to stick to the superficial and passing aspect of this phenomenon. For, our lad has not come such a long way to be seduced by the allure of elusive trend. Born in the paradoxical city of Marseilles where his influence was long ignored, he made his first step in the new wave music with the first synths and sequencers (Korg MS 10 and MS 20) and one of the first samplers (Ensoniq Mirage). Every prominent industrial and synthetic combos of the late Eighties and early Nineties: mainly Front 242, Depeche Mode, D.A.F. and Throbbing Gristle have influenced his first band, Art Kinder Industrie. During the very beginning of the techno movement in 1993, David released his first EP on Harthouse Records under the iconoclastic name of Calyptol Inhalant. It is a crucial contact with the German music industry towards which French producers who received his demo tapes inevitably oriented him. Settled in Toulouse at that time, David performed only some live acts. His tunes sound hard and metallic (his old machines still work pretty well) his pieces are forthright, with a ?song mood? in the form and a punk fit of anger. He would not change along the years: the voices remain vicious and distanced, the bass sounds acid-like, the lyrics are French or English sung with a strong accent, as if he has taken a wicked delight in preserving every special features and defect of his complex personality.

During a tour set up by a friend in 1995, his path in life will take an unexpected turn: Helmut Geier, aka DJ Hell, notices him and signs him on his label Gigolo. Innerwood will motivate Hell to launch International Deejay Gigolos and Carretta's title will be its very first reference. From then on, a wave has been set in motion, starting from Munich, historical record label Disko B's den and homeland of David's hero, Giorgio Moroder. Carretta's three first EPs on Gigolo are regularly listed by Groove Magazine in Germany. There is such an impact in that country, so we hear about it across the border. In December 1999, David Carretta released his debut album Le Catalogue Electronique. Le cauchemar features Chicks on Speed met in Munich, Electric Indigo appears on Automat, well before it was good form to work with them, and Neuropolitiks reached the number one on Sven V?th's playlist. A world tour would go from Berlin to Chicago via Argentina, Italy, Japan, Russia, Brazil, Austria, Belgium, Switzerland, Turkey, Finland, England, Spain, Portugal and off course, France.

Yet, there is a life after Gigolo. The label sound doesn't necessarily suit constantly his expectations. Moreover, DJ Hell' slipping towards the media and fashion world is not in tune with David's reserved disposition. Since 1996 he has been started a collaboration with his fellow-countrymen from Marseilles DJ Olive and Virtualian on Thrust Records playing in a pumping and dancefloor oriented style. Machine is breeding one of Thrust's 12-inches pays tribute to the electro body music David used to listen, heralding its forthcoming return on the dancefloors. Another collaboration in Marseilles: In 2000, David has been founded with Renaud Campana Pornflake Rec. They appeal to various international artists such as Electric Indigo, Mark Broom, John Tejada, Ferenq, Worker Poor or St?phane Manceau. Pornflake is a great and honest reference on the underground techno vinyl production. The musician's career will be, of course, backed up with an overabundance of remixes scanning the electronic musics spectrum from the underground (Alessandro F, Steve Bug, Kiko, and Agoria) to the pop (Scratch Massive). In 2001, Carretta released his fourth 12-inch on Gigolo; Domination EP, with a track once again listed in the international electro charts: Vicious Game.
Until now, Carretta has only been concerned by playing live acts, neglecting the other facet of electronic music diffusion: the DJ mix. After several months of training and having the advantage of his musician savoir-faire, David begun to tour as a deejay in international clubs and events. A new dimension for the artist to show the worth of his discographic reputation. The logical result is a mixed CD launched in 2002 on Model: Electro Dash. On it, the artist extracts the essential from his electro and techno influences, conveying to the general public the return of those sounds which have until now built his musical technique. During late 2002 to early 2003, David Carretta launched at last his own record label Space Factory, where bumped into each other Gigi Succes' electro-punk-pop, Worker Poor, H. Smithfield, D.I.P or Exchpoptrue. The latter, an arty, Parisian activists group has even seen its Discoteca internationally playlisted and experiences a huge repercussion in Italian indy charts. These are the results of Carretta's artistic view, which is not ready to desert him.