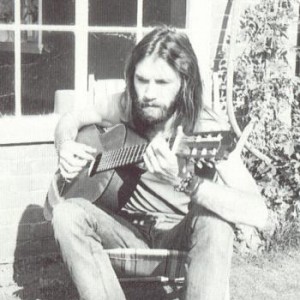 David Walker was born on January 25, 1945 in the Birmingham area of the U.K. He shortened his name to Dave Walker before starting his career. He became part of several bands, notably Savoy Brown and Fleetwood Mac Dave started his career in the early 1960s with a Brumbeat R & B band called The Redcaps. He first joined the band playing rhythm guitar, and later took over the spot of lead vocalist after Ronnie Brown "King" left.

Dave started his career in the early 1960s with a Brumbeat R & B band called The Redcaps. He first joined the band playing rhythm guitar, and later took over the spot of lead vocalist after Ronnie Brown "King" left. The band included Roy Brown and Mick Blythe on guitars, Alan Morley on drums, Mike Walter on bass and Max Broadhurst on saxophone. They travelled down to London to record three singles for Decca Records. Decca Records were trying to cash in on the success of The Beatles, since The Redcaps had actually opened for The Beatles in concert on four separate occasions.

Their first single was a cover of the pulsating Isley Brothers nugget "Shout!" backed with an original tune written by Walker with Roy Brown called "Little Things You Do" in 1963. This was followed by their cover of Chuck Berry's "Talking About You" backed with "Come On Girl", and then an original tune penned by Blythe called "Funny Things" backed with "Mighty Fine Girl", both in 1964.

It's often been rumored that guitarist Jimmy Page of Led Zeppelin fame played on the "Talking About You" track in his early pre-Yardbirds London session days. However, he does not play on this track as Dave has said since, when asked directly about it, and that the story behind this was that Page was available that day if needed for the leads but Redcaps guitarist Roy Brown handled the lead parts himself.[citation needed] As it turned out, this track ended up being recorded in a different studio from where Page was located the day of recording this track anyway.

However, pop sensation Lulu had beaten The Redcaps to the British charts with her version of "Shout" and as a result, The Redcaps disbanded after the above-mentioned remaining two singles had not succeeded.

Between 1965 and 1969 Dave was involved with a band called Beckett which also included Pete Oliver, Don McGinty and Colin Timmons, but they never recorded a single. Beckett played three days a week at the Rum Runner nightclub - the same nightclub where Duran Duran played their first gig.