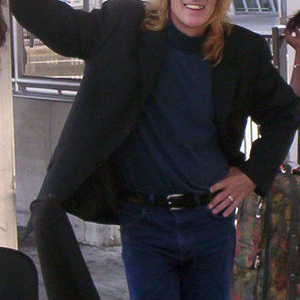 1) Dave Edwards ? Detroit's Rockin' Soul Survivor 2) Dave Edwards - New Zealand artist found here as fiffdimension to avoid confusion. 3) Dave Edwards - A super-talented producer and multi-instrumentalist from New Jersey - http://www.daveedwardsmusic.com/ 1) Dave Edwards, rock-and-soul singer and guitarist, has been a vital part of the Detroit metro musical landscape for over thirty years. From the heady days of national fame in the ?80s, to the tight , energetic performances with which he pays homage to his musical roots today, Dave has outlasted many a Detroit rock meteorite.

1) Dave Edwards, rock-and-soul singer and guitarist, has been a vital part of the Detroit metro musical landscape for over thirty years. From the heady days of national fame in the ?80s, to the tight , energetic performances with which he pays homage to his musical roots today, Dave has outlasted many a Detroit rock meteorite. He's never let the music die , and he has the confident, seasoned voice to prove it.

Dave grew up in a musical home; his dad played drums, and his mother played classical piano. When they weren't playing, there was the radio, tuned to the ?Big 8,? CKLW. By the age of eleven Dave was in his first band. The Motor City in the late 60s/early 70s was a musical powder keg. Bob Seger, the MC5, Iggy and the Stooges and Grand Funk Railroad were among the many hometown heroes of Michigan teens and their garage bands. Motown was practically in the tap water. Arthur Penhallow was on his way to becoming the big daddy of rock DJs on ?the ?RIF? and Detroit's own Creem magazine was chronicling music trends way ahead of anyone else. It was an insanely fertile environment for a young musician whose life would be dedicated to ? no, make that ?obsessed by?? the music.

In the summer of '77, Dave formed the band that would bring him the kiss of fame. They called themselves ?The Look? -- a name partly inspired by a wisecrack familiar to Three Stooges fans. The Look were encouraged by veteran sound engineer Mark Stebbeds, who recorded their demo, ?We're Gonna Rock,? at Grand Funk's private studio in 1978. The demo created demand for an album, and We're Gonna Rock was completed in 1981. It was named one of the top 10 albums of that year by People magazine. The Look was the first Detroit band to exploit the emerging power of MTV with their video for the album's hit single. The band's second album, Look Again, exceeded the success of their debut and included the smash hit ?You Can't Sit Down.? The song was rated a 94 on Dick Clark's American Bandstand and got airplay all over the world.

The band toured the U.S., opening for John Mellencamp, Cheap Trick, Joe Cocker, and The Kinks, and others. They recorded a third album in California, Everybody's Acting. But by 1985, during work on their fourth album, the original band lineup was breaking apart. Dave moved on to play for a time with the band RH Factor. The highlight of this period was a performance during Pope John Paul II's Michigan visit at the Pontiac Silverdome in 1987.

The subsequent years brought challenges of the kind that are all too familiar in the life story of a rocker. But through it all, Dave Edwards never stopped playing. ?Music is my passion, my love. It's everything to me!? he says ? and the infectious joy of his live performances bears this out. Dave resurrected The Look with a new line-up to complete the fourth album, Look Who's Rockin, in 1992. He also recorded two solo CDs, Take Another Look, and Second Look, showcasing his range from blue-eyed soul to straight-ahead rock. The man with a voice once compared to the early Rod Stewart has stayed true to a gritty, dynamic vocal style that perfectly complements his material.

Thirty-some years since the birth of The Look, Arthur Penhallow is still spinning rock records on WRIF and Dave Edwards is still getting the people on their feet and dancing till they drop. He can deliver a classic Little Richard shouter like ?Lucille? and take you right back to the screaming infancy of rock, while his version of a contemporary hit like Tracy Chapman's ?Give Me One Reason? is mature and fresh at the same time. Dave Edwards epitomizes the best elements of classic Detroit soul, garage, and straight-up rock and roll. DJ Steve Kostan of WCSX, sitting in on a recent gig with Dave and The Look, put it this way: ?This is how grown-ups rock.?

Dave Edwards and The Look circa 2008 includes the following fine musicians:

Rusty Russum - Drums and Vocals
Rusty grew up in Michigan Center, just outside of Jackson. He started playing drums when he was seven and has been hooked ever since. He played with the marching band and stage band at school, played in a jazz band, and studied music at Jackson Community College. Other bands he beat the skins for include the Tall Dogs, the Kid Lightnin' Band, The Rampage Band, The Rock City Band, and Medusa. Rusty has been providing the beat for Dave Edwards and The Look since 2003.

Larry Banner - Bass and Vocals
Larry hails from East Detroit (now Eastpointe) and is a 35-year veteran of rock and roll bass. He and Dave Edwards played together in the ?80s with the group RH Factor. After years of supporting many great bands on bass, he's pleased to be back with Dave in the current Look lineup.


2) New Zealand guitar/banjo/electronic songwriter and experimental composer. Born 1978, creator of the fiffdimension label, now releasing recordings with the ID3 tag fiffdimension so as not to be confused with any other Dave Edwards's out there.