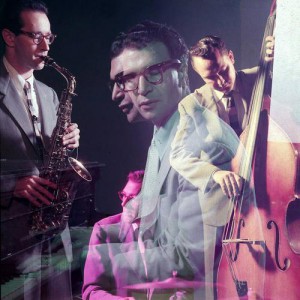 The Dave Brubeck Quartet was a jazz quartet, founded in 1951 by Dave Brubeck and featuring Paul Desmond on saxophone and Brubeck on piano. By 1958, after a handful of different drummers and bassists, the "Classic Quartet" ? the make up of the band until it dissolved in 1967 ? had been assembled; consisting of Brubeck, Desmond, Joe Morello on drums, and Eugene Wright on bass. In 1959, the Dave Brubeck Quartet released Time Out, an album their label was enthusiastic about but nonetheless hesitant to release.

In 1959, the Dave Brubeck Quartet released Time Out, an album their label was enthusiastic about but nonetheless hesitant to release. The album contained all original compositions, almost none of which were in common time. Nonetheless, on the strength of these unusual time signatures (the album included "Take Five", "Blue Rondo ? la Turk", and "Pick Up Sticks"), it quickly went platinum. The quartet followed up its success with several more albums in the same vein, including Time Further Out (1961), Countdown: Time in Outer Space, Time Changes, and Time In. These albums were also known for using contemporary paintings as cover art, featuring the work of Neil Fujita on Time Out, Joan Mir? on Time Further Out, Franz Kline on Time in Outer Space, and Sam Francis on Time Changes. No artist work, however, was featured on the cover of Time In. A high point for the group was their classic 1963 live album At Carnegie Hall, described by critic Richard Palmer as "arguably Dave Brubeck's greatest concert".

The Perfect Jazz Collection: Time Out

Plays Music From West Side Story And...