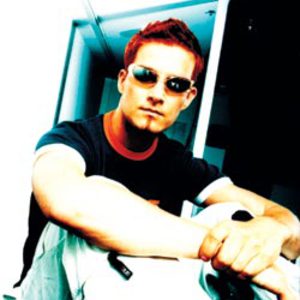 Darude is known worldwide for his anthemic trance style. He is an electronic dance music producer, DJ and lives in Turku, Finland. He debuted in 1999 with the smash single Sandstorm (#1 hit in numerous charts around the world) and subsequent album Before the Storm. Virtanen started his career as an amateur musician while in high school, making music using his PC's tracker software. As his interest in music production rapidly grew, he moved on to more serious production techniques.

Virtanen started his career as an amateur musician while in high school, making music using his PC's tracker software. As his interest in music production rapidly grew, he moved on to more serious production techniques.

While at a classmate's party, Virtanen played the song "Rude Boy" (written by Swedish artist Leila K) four times. This earned him the nickname "Rude Boy," which gradually morphed into "Da Rude", which in turn inspired the name "Darude."

Virtanen continued producing music while in technical school, occasionally releasing demos to radio stations beginning in 1997, and offering his music for download on MP3.com. In 1999, he gave a demo for "Sandstorm" to his producer, JS16 (Jaakko Salovaara). Virtanen signed on with JS16's 16 Inch Records label, and shortly thereafter, "Sandstorm" was released as a single.

"Sandstorm" was a smash hit in Finland, topping the Finnish Single Chart, selling platinum and holding the #1 spot on the Finnish Dance Chart for seventeen consecutive weeks. Word quickly spread about the track, which found global success. After becoming the #3 single in the United Kingdom[1] (becoming the first record by a Finnish artist to do so), "Sandstorm" eventually sold 2 million units worldwide, and was the world's biggest selling 12-inch record in 2000.

Shortly thereafter, Darude released his debut album, Before the Storm, selling 800,000 copies worldwide, topping the Finnish album charts, and earning him three Finnish Grammy awards. Before the Storm was produced by JS16, and features two of his remixes.

Darude's second single, "Feel the Beat," closely followed the success of "Sandstorm", reaching #5 on the UK Singles Chart.[1] Subsequent releases, "Out of Control," and "Out of Control (Back for More)" (a remix of the former, featuring vocals by Tammie Marie) failed to match the success of Darude's first two singles.

In 2003, Darude released his second album, Rush, along with singles "Music" and "Next to You". All three had modest success, with Rush reaching #4 in weekly Finnish album sales and "Next to You" being commonly featured in DJ mixes.

Out of Control CDS