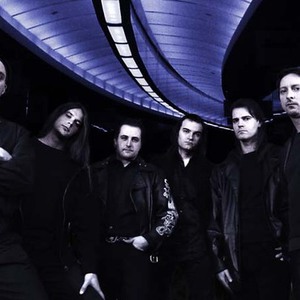 The german gothic metal band has six members, which have been active since 1992. They are special for their deep sound and complex lyrics. Since 1992, DARKSEED have constantly been part of the German Gothic Metal Scene which they have decisively formed by releasing two innovative demos (Sharing the Grave 1992, Darksome Thoughts 1993) and their first real outputs (?Romantic Tales? Mini-CD 1994, ?Midnight Solemnly Dance? CD 1996).

Since 1992, DARKSEED have constantly been part of the German Gothic Metal Scene which they have decisively formed by releasing two innovative demos (Sharing the Grave 1992, Darksome Thoughts 1993) and their first real outputs (?Romantic Tales? Mini-CD 1994, ?Midnight Solemnly Dance? CD 1996).
From the early beginnings the band tried and kept evolving, so it wasn't surprising that the album ?Spellcraft? (1997, Nuclear Blast) - featuring sheer power and gloomy melodies - was well received, even internationally. Born in 1999 after extensive touring across Europe, the album "Give Me Light" (Nuclear Blast) prepared the way for further development, elaborated by the following releases: a catchy mixture between atmospheric electronics and attractive melodies. "Diving Into Darkness" (2000, Nuclear Blast) and "Astral Adventures" (2003, Massacre Records) as logical consequences attracted the interest of a broadly based worldwide audience.

After more than 10 dark years, some side-projects and therefore a remarkable number of releases, Stefan Hertrich, singer and founder of DARKSEED, indulged in a yearlong creative time-out - just to return in 2004, packed with a bundle of new songs and bursting of energy. The result: 13 songs, as usual produced by the band in guitarist Thomas Herrmann?s Helion Studios and self-confidently entitled ?Ultimate Darkness?.

?Ultimate Darkness? means uncompromising deep guitars, complex electronics to create an atmospheric background, melodic and gloomy vocals and an unmistakable hard voice breaking through, wrapped in catchy song structures.
The textual spectrum is not defined by blood and roses, but by omnipresent universal and individual problems. DARKSEED politicize without being importunate or instructing. Entertaining music woven with thoughtfulness, social criticism and poetry merge to a merciless musical wall. Ultimate darkness is knocking at your door January 2005 and it's on you whether you let it in or not.

Bandleader Stefan Hertrich leaves Darkseed in the beginning of August 2006. He will concentrate to his other bands Shiva in Exile and SpiRitual.
After this were lots of fans and the aquired taste the oppinion, it's the band's end. Rathermore this matter of fact was a time for some rearrangements inside the band. After the brilliant show at Helion-Festival on 4th of oktober 2008, the definite line-up of Darkseed was fixed: