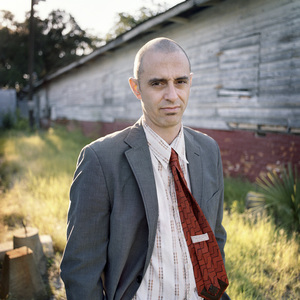 Dare Dukes' music is a striking combination of incisive intelligence and sweet, doleful hooks. Looking past the shiny surfaces of American life, the Savannah, GA-based singer-songwriter chronicles the everyday world, mining the margins for the eccentric characters and bizarre events that are at the heart of his music. Born and raised in the exurb of San Jose, California, Dare grew up as the state blossomed into what he calls, ?exit-ramp culture??a maze of smoked-glass franchises and cookie-cutter subdivisions that took root along the vast network of interstate freeways.

Born and raised in the exurb of San Jose, California, Dare grew up as the state blossomed into what he calls, ?exit-ramp culture??a maze of smoked-glass franchises and cookie-cutter subdivisions that took root along the vast network of interstate freeways. ?Everyone knows the clich?s about suburbia: It's a stark, sanitized landscape, pretty much soulless,? Dare explains. ?No one needs to remind us of that. I'm more interested in the poetry I see there?the weirdness, the anomalies, the resistance. Even in this unlikely grid you can find courageous people and precious things.?

Moving to Minneapolis in his twenties, Dare began playing music as bands like Soul Asylum, Babes in Toyland, and the Jayhawks were emerging to define that city's post-Replacements sound. Influenced by seminal post-punk groups like the Pixies and Fugazi, and musical raconteurs like Tom Waits and Kurt Weill, Dare fronted the Penelopes, a frenetic quartet that was a fixture in the city's rock clubs. After moving to New York City, Dare took a hiatus from music to focus on writing and theater, but began playing out again, backed by friends and expert musicians.

?America is a crazy, scary, and fascinating landscape,? Dare says. ?The reality is a lot more interesting to me than what the nightly news depicts. The way I see it, it's a place filled with eccentric characters, all on their own strange mission?some nuts, some saner than the rest of us. These missions, these people, they are what my music is about.?

Dare's second album, Thugs and China Dolls, was recorded in Athens, GA. Featuring members of the Modern Skirts, Sufjan Stevens' band, of Montreal, and TV on the Radio, as well as a song produced by Jim White, the record is slated for release January 17, 2012.

Prettiest Transmitter of All