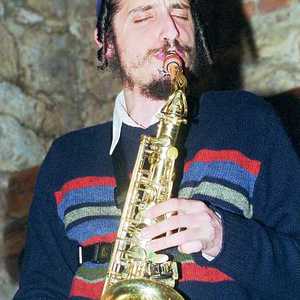 Daniel Zamir (born 1980 in Petah Tikva) is an Israeli religious Jewish saxophone player - originally Alto saxophone and nowadays mostly Soprano saxophone. Zamir was born to a secular family and started playing the saxophone at the age of twelve. He is a graduate of Telma-Yalin high school of arts in Israel. After he finished his studies he was discharged from the Israel Defense Forces due to his low weight and left for New York, where he began showing interest in Jewish, Hasidic and East European music.

In New York he was discovered by the Jewish composer-saxophonist John Zorn, who signed him to a contract in his recording label "Tzadik".

Under the "Tzadik" label, Zamir recorded three albums with his band, Satlah, accompanied by Zorn himself. Two studio albums called "Children of Israel" and "Satlah" and a third one from a live performance called "Exodus". "Satlah" and "Exodus" contain original materials written by Zamir himself while "Children of Israel" contains original jazz variations of known traditional Israeli and Jewish compositions. In all three albums, Zamir performs as soloist together with a rhythm section, which includes bass and drums, accompanied by an ensemble of brass instruments.

While staying in New York, Zamir got closer to the Jewish religion and finally decided to go back to live in Israel. In 2006 he recorded his fourth album, "Amen", under an Israeli label called "Hatav Hashmini". Accompanying him are Omer Avital (bass), Daniel Friedman (drums) and Omri Mor (piano). Avishai Cohen, the trumpeter, joins the band on a single track.