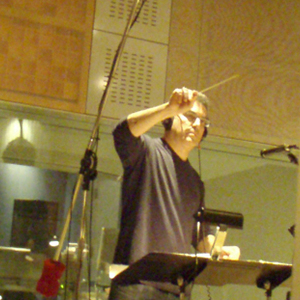 Upon Graduating from Hampshire College in Massachusetts, where he studied composition, jazz , and world music, Daniel Licht moved to New York City and established himself as a musical artist in the Lower East Side creative music scene. Using New York as a base he traveled to Germany, Holland, and Northern Europe performing and composing music for theatre and dance companies. His studies took him the other direction around the globe traveling to Japan, and particularly Indonesia where he studied the music of the gamelan orchestra on the islands of Java and Bali.

Daniel Licht also wasted no time in establishing himself as one of New York's hottest and most eclectic advertising composers, scoring for such unlikely clients as Mercedes Benz, Sony, and A.T.&T? Licht's eclectic musical tastes and knack for delivering the appropriate cue made his transition to film scoring inevitable. At the prodding of his friend and ex-classmate Christopher Young, he closed up shop and moved to Los Angeles to pursue a career in scoring films.

While working with Christopher, performing, programming and leading the synthesizer sessions, Daniel embarked on his own film scoring career commencing with the independent feature ?Atrapados?, directed by Mathew Patrick. Several low budget features followed, as did the Propaganda Film series ?Inside Out? pairing him with such innovative directors as Lizzie Borden, Jeffrey Freidman and Nigel Dick. This first increasingly busy period culminated in the feature film ?Children of the Night? , a project that marked a career watershed for Licht, providing him with his first soundtrack CD release and earning well deserved notices in the music press.

A series of dark films followed including the first film released by the Dimension Films, ?Children of the Corn II? . This became the second of his scores released by Bay Cities Records and it featured an array of exotic instruments ? flutes from India, the Chinese Pipa lute ? revealing the wealth of diverse influences accrued during Licht's education. Many of his scores at this time got soundtrack releases based on the quality of his music and he became known for bringing class and new sounds to what some may have seen as throwaway projects. Notably he became the pick of Clive Barker, England's master of the macabre, for the third in the Hellraiser Series ?Bloodline? (Dimension Films - Soundtrack on Silva). For one of Mr. Barker's best Pinhead chronicles, he delivered a score using full orchestra, choir, Tibetan trombones, and chanting monks. Dan's next excursion into the realm of sonic disquiet was Stephen King's ?Thinner?, as directed by Tom Holland, followed closely by Morgan Creek's ?Bad Moon? .

Through his determination and interesting approaches to film scores he started to get noticed by what might be considered a more artistic crowd. He drew on his knowledge of jazz to deliver to the iconoclast director Alex Cox the avant-lounge score of ?The Winner? (Artisan Films- soundtrack on Rycodisc). Leon Ichaso, an Indy favorite chose him for many of his films. ?Zooman?, adapted from an off-Broadway play set the sounds of turntables and hip-hop against a solo trumpet in a lush orchestral bed. For ?Execution of Justice? a film about the assassination of Mayor George Moscone and gay rights activist Harvey Milk, Licht brought in Irish musicians and singers to add that special flavor to the score. On the tele-movie ?Brave New World? for NBC he got the chance to score an adaptation of a favorite book of his. Aside from composing a score that was a blend electronica and exotica he held the unique honor of co-writing a song with the Aldous Huxley (albeit posthumously). A stanza taken from the book was extended by Licht into a thirty-two bar song and performed by the film's star and Broadway darling Peter Gallagher.

Daniel was hired by Artisan Films and sent to London to help the hugely popular underground band Primal Scream score the film ?Permanent Midnight?. Due to legal wrangling the Primals fell out but to his pleasure he was picked by Artisan and Ben Stiller to provide an edgy techno score for the film. He has also scored the first bio-pic about Jimi Hendrix and has scored the film ?Splendor?, a film from Sundance favorite Gregg Araki ? for which Dan enjoys the distinction of being the first composer Araki has ever allowed to score one of his films. He was chosen by academy award winning director Xavier Koller (Journey of Hope ? Best Foreign Film) to score his latest film ?Cowboy Up?. He then wrote his second score for the director Tim Hunter of ?River's Edge? fame .

Charting new ground for himself Dan ventured into the world of broad comedy with the Fox Television hit ?Oliver Beene?. and critics favorite ?Kitchen Confidential? as well as two seasons of the popular ?Jake in Progress? for ABC. As well he has recently completed two miniseries for Hallmark and has worked with Michael Apted on a short film and as well contributing to the acclaimed PBS series ?American Family?. He has recently scored two seasons of the hugely successful and groundbreaking Showtime series, Dexter, starring Michael C. Hall of Six Feet Under Fame. After a dark twist with Dexter, Dan found himself back in television with Darren Starr's new comedy, ?Cashmere Mafia,? starring Lucy Liu. Shortly after that season ended Dan began scoring Lifetime's original movie, ?Memory Keeper's Daughter,? which is based on Kim Edward's bestselling novel. The film is set to air April 12th on Lifetime.

Daniel Licht is a composer, who started composing film soundtracks in the early 1990's. His most recent success is with the Showtime TV series 'Dexter' and its original soundtrack.

Children Of The Corn II: The Final Sacrifice