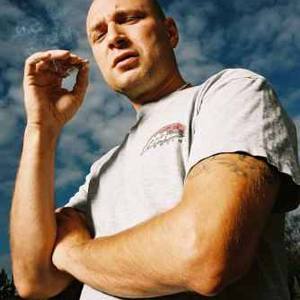 Daniel Landa started his musical career in an oi! band Orl&iacute;k (founded in 1988) which has become the most successful oi/punk racist band in the czech history. Landa continued as a musican unlike the other members. He's been playing music in a range of rock ballad and nationalist songs though without racist themes. His solo albums have made from him one of the most successful singers in Czech Republic. He has recorded 8 LPs, 3 live CDs/DVDs and two best-of compilations so far.

Landa has also written two musicals. He has three daughters with his wife Mirjam and in 2004, he founded an Ordo Lumen Templi order. In his private life, Landa is interested in truck and rally racing. He ended musical career at the end of 2012.