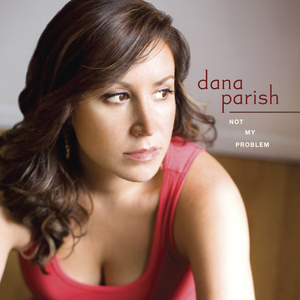 It takes only a few verses from her upcoming debut album, Uncrushed, to realize that Dana Parish has a refreshing take on how to connect with modern audiences: she refuses to sound like anyone but herself. While others mimic the hooks and melodies of their contemporaries, Parish avoids comparisons by simply staying true to her own powerful voice and songwriting. On Uncrushed, due out February 2008, that voice and those songs are given the spotlight they deserve and have seemingly demanded for some time.

Over the course of the album's eleven tracks, Parish has you hanging on to every word she sings, in turn delivering a debut that both announces a fresh new voice and anticipates a career of similarly soulful and authentic music.

Growing up just outside of Philadelphia, Dana always relished her nearness to a city with so much soul. By age 13, she was already writing songs, the first of which was inspired by her voice teacher, Paul Adkins, whom she credits with encouraging her to write for herself. She went on to study at the Manhattan School of Music, blending the urban vibe of Philadelphia with her raw, emotional delivery and a pop sensibility for writing memorable hooks. The result is a voice that effortlessly cuts across musical genres and trends, evident when considering Parish's eclectic mix of influences, including Donnie Hathaway, Stevie Wonder, Pat Benatar, Carole King, Billy Preston, Patty Griffin, Sheryl Crow and Damien Rice to name a few.

Parish is no stranger to performing on stage, with concert appearances ranging from club gigs to singing backup at Madison Square Garden. She feels most at home, though, honing her craft at intimate venues that compliment her organic, thoughtful music, such as The Living Room in New York, Hotel Caf? in Los Angeles, and New York's legendary Bottom Line. She also played a sold-out concert at the 2007 Sundance Film Festival alongside cult musician Donovan, and The Frames bandmate Glen Hansard, star of the recent hit film Once. These live appearances have earned Parish quite a following, most evident on the internet where her MySpace page has risen to the top of both the Pop and Acoustic charts, having received an incredible 150,000 plays for Uncrushed's first single, ?Not My Problem,? a piano-laden breakup song that is currently receiving radio airplay.
In addition to planning her first tour in support of Uncrushed, Parish recently filmed a segment for PBS's ?Simple Living? program, a one hour sold-out concert performance and interview that will air pegged to the release of the album in early 2008. Parish was approached for this-her very own PBS special-after the show's producer attended a live concert and was so impressed by Parish's pure and honest delivery that she immediately booked her for the show.

Uncrushed, recorded at the art house/indie Sugarbox Studios in New York City, was produced and co-written by Parish's longtime collaborator Andrew Hollander, a noted producer, songwriter, film composer, and musician from New York City. Hollander's recent credits include the original score and end title song for the breakout independent hit film, Waitress, released by Fox Searchlight Pictures and directed by the late Adrienne Shelly, a close friend of their's who served as the inspiration for one of Uncrushed's most heartfelt tracks, a tribute song titled ?We Got Angels.? Parish and Hollander worked closely on the concept for the album, and his immense writing, producing, and instrumental talents are an invaluable contribution to Parish's debut.

The songs of Uncrushed make good on Hollander's claim that Parish is ?one of the most gifted singer/songwriters we've seen in a very, very long time.? Her writing is sincere and revealing but never sensational. Take, for instance, the aching honesty of ?Frustrated,? where the singer confesses to having momentary crises of conscience; or the raw emotion of ?We Fall Down,? just one of many tracks that grant the listener access into the beauty and despair of Parish's take on life. And she has the ability to surprise you too, as on ?She Laughed,? a poignant ode to the father-daughter connection. As a debut, Uncrushed offers Parish's searing yet hopeful view of the world.

Not My Problem (Single)