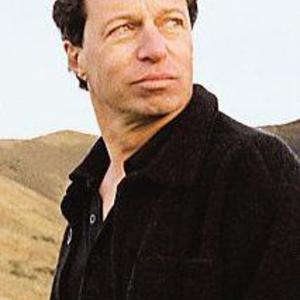 A prolific and respected pianist, composer and producer, Dan Siegel's recording career began with the release of his first recording in 1980. Born in Seattle, Washington, and raised in Eugene, Oregon, Dan began piano lessons at age eight, and started performing professionally as lead singer and guitar player in a rock band at the age of 12. He holds degrees in Music Composition and Jazz Studies, and studied piano in Boston with the legendary Madam Challoff. Since then, he has traveled and performed around the world in support of his recordings, and maintains a global audience.

After receiving a degree in Music Composition from the University of Oregon in 1976, he began recording his own compositions with his band. In 1979 he was signed to Inner City Records, a New York based independent jazz label. His second album, The Hot Shot (1981), reached No.1 on the Radio & Records Jazz Chart and remained for 10 weeks in the top 10 of Billboard's Jazz Chart. In 1983 he moved to Los Angeles to pursue film and television work as well as a more active recording career.

Over the years, Dan's albums have provided an abundance of diverse material, from the electronic oriented Another Time, Another Place (1984), (with Patrick O'Hearn and Alex Acuna) which Keyboard Magazine called the best keyboard oriented fusion LP of the year, to the exotic world music direction of Hemispheres (1995), which features an ensemble of eclectic musicians including; Bela Fleck, Ottmar Liebert, Andy Narell, Osamu Kitajima, and Dori Caymmi, playing in unique and unlikely combinations. He has produced several other projects, one of which is the group Birds of a Feather, a gathering of world-renown musicians that has included Larry Carlton, Boney James and Ernie Watts. Dan is a frequent traveler to Asia and in 1995 went to Beijing, to record and produce China's first jazz band, Tien Square.

Siegel's work as a TV and film composer has included the score for the cult film, Reform School Girls (1986), and Universal Studios dramatic TV series, Hard Copy (1987). He has worked as musical director/ conductor on the late night CBS TV show, Overtime with Pat O'Brien (1990). Dan has played on numerous TV and film projects as a session player, including the Oscar winning film, The Usual Suspects. Siegel has recorded and performed with a variety of artists including: Glenn Frey (The Eagles), Chaka Khan, Berlin, Philip Bailey (Earth Wind & Fire), Kenny Rankin, Hugh Masekela, Joe Sample, Herbie Hancock and the London Symphony Orchestra.

Along The Way: The Best Of Dan Siegel

Birds Of A Feather