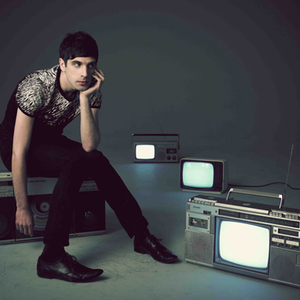 Dan Black is a British electronica/alternative dance artist. He was originally a member of alternative rock band The Servant before their 2007 split. He is currently signed to The Hours Records. His breakthrough song was HYPNTZ, a mashup of Notorious B.I.G.'s Hypnotize and Rihanna's Umbrella. Then in 2010 Symphonies, another mashup of his own work and Rihanna's Umbrella. He gained further popularity in 2009 when album track Symphonies was chosen as the US iTunes Store's Free Single of the Week and...

He gained further popularity in 2009 when album track Symphonies was chosen as the US iTunes Store's Free Single of the Week and became a minor hit on American alternative radio (An alternate version was also cut with Kid Cudi for ((un))'s North American pressing). His debut album, ((Un)) was originally released by Polydor in the UK in 2009, and a US version with bonus tracks was released by the hours in February 2010.

Since then, Dan Black has toured the US extensively, playing solo shows, a sold out tour with Robyn and Kelis, and Lollapalooza. His video for Symphonies directed by Chic & Artistic was also nominated for two MTV Music Video Awards in 2010 for "Best Breakthrough Video" and "Best SFX."