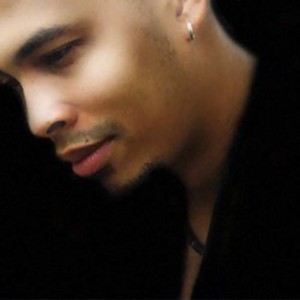 PRONOUNCED da-MOO-ma-LEEK- His music has been described as ?smooth and sexy? and ?timeless and intense?. damumalik's debut album ?Fragment?, which he wrote and produced, is a blend of hypnotic rhythms, tasty guitar licks added by Khari Green of Sakrid and alluring vocal arrangements that seem to speak directly to the core. The name ?damumalik?, which is part Swahili and part Arabic, is a combination of his first and middle names and is as unique as his music.

You would be hard pressed to classify this US born artist's work into any one genre of music but his undeniable appeal has led to him composing music as well as licensing tracks from Fragment for such television shows as the CW's ?Girlfriends? and ESPN's ?Back in the Day?. damumalik's music has also been featured on ?The Upper Room with Joe Kelley? radio show and in Mavericks Sports' ad campaign. Other credits include licensing and composing music for ?The Living Series? and ?5 Guys, 5 Questions? as part of the SHONEXT original series PIRATENET. Credited as Damu Quarles, damumalik has also recorded tracks for one of hip-hop's finest, Blackalicious, on ?Blazing Arrow? and for Karl Denson's Tiny Universe on ?The Bridge?. damumalik went on to tour with Blackalicious providing background vocals for the group in Australia, Japan, France, Germany and England.
While abroad, damumalik sang live on BBC Radio and performed on German TV. Back in North America his journey with Blackalicious included opening for Alicia Keys and touring with Jay-Z and N.E.R.D. damumalik resides in Southern California where he can be seen performing at such venues as The Temple Bar, B.B. King's and Harvelle's. He continues to produce new tracks and he is currently working on his second album.