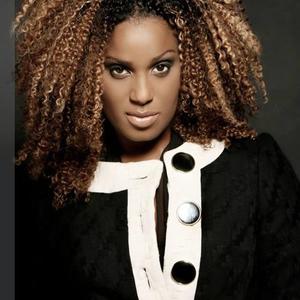 Born on Cura?ao, Netherlands Antilles, on September 4, 1970, she came to Europe at the age of 8. Her mother is from Netherlands and her father is half African, half Spanish. Apart from her mother tongue Dutch, she learned to speak English, German and Spanish fluently. She used to live in Roermond, the Netherlands, where she has a small boutique with street wear clothes. Today, she still loves to design clothes.

Having finished school, she considered studying interior decoration. Jobbing at a discotheque known for live events, one evening a band broke off their performance after a single song. When the audience angrily demanded more, Daisy grabbed the microphone and gave her best. Her performance not only impressed the audience, but also executives of a record company who happened to be there. So she started working with a number of different projects, which made it high into the Billboard dance charts, like "This Beat is Technotronic" and "Crazy" (six weeks number 1 in the US dance charts).

In 1998, together with Toni Cottura she founded her own production company Booya Music, featuring artists like Nana, the Backstreet Boys, *NSYNC and her brother Pappa Bear.

In 2005, together with her team she founded the television production company D.D.Productions, making Fashion and Music Programs for Belgium, France and The Netherlands.

The Best Of Daisy Dee