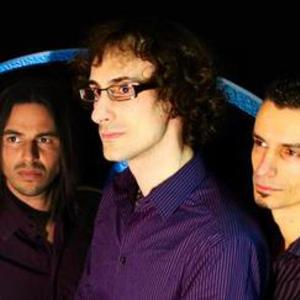 Daedalus is an Italian progressive metal/rock project that takes its origin from the idea of creating something new and really original in the actual musical whirl. The constant research for a particular combination of musical elements rarely found in existing bands (complexity of multiple instrumental lines, stratificated more than harmonically linked, intriguing dissonances underlining inner thoughts and feelings, continuous evolving of tempo to create a sort of never ending stream, breaking of tonality edges) led them to choose such an extraordinary genre as progressive...

The quest for Daedalus members started long time ago in Genoa (Italy) and passed through a tiring period of investigation in a quite limited panorama of prog musicians. Finally in april 2000 they joined together and started working hard to reach their so wished musical identity.

In their music they try to combine a complex harmonic texture, elaborate rhythmic elements and clear melodic lines, melting and alternating different atmospheres in a gradual or sudden way, trying to create an overwhelming and fascinating musical journey while keeping the structure of the songs rather simple.
Each member of the band contributed to define Daedalus's style, drawing inspiration from traditional rock and metal, classical music and jazz, adding original elements and experimentation. Urged by a fascinating communion of interests, musical tastes an purposes they are trying to break out of the limits of the background in order to gain, if they merit, the dearest following of pure and loving hearts, whom their music is dedicated to.