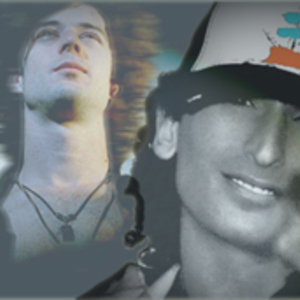 D.N.A (formerly Nex Offendo) is a brand new british heavy metal act based in the city of Stoke-on-Trent in the Midlands of England. The band was originaly formed by vocalist Ian Bennett and guitarist and backing vocalist TJ Higgs, two credited musicians who have performed in previous bands such as Immortally Damaged and are also working with other projects such as the industrial metal group Whore Corps and black cyber metal act Nuppraptor.

Shortly after starting the band, D.N.A recruited lead guitarist and writer Rich Howle of the internet project XenoGenocide and also found Adam "Swede" Jondelius for the place of Drums.
Things quickly developed with new members and resulted in the band turning out their self produced demo "Struck to Death" in May 2008, as well as opening the succesful underground metal festival "Goddless" at the George Hotel in Stoke-on-Trent.
Since Goddless Festival the band has evolved greatly, many times. Swede and Xeno have both left for personal reasons. A new drmmer was found in Hayden Ball, who has progressed greatly since his first night and continues to grow progressing the band to a different level. Bassist Sam Williams also dove straight in and pushed the lows to give the full sound the band looked forward to from the begining.
The most changing position was second guitarist. ducking in and out of talents many came and went until eventually the post settled on Joe Bennett, the vocalist's younger sibling. His influence is begining to come out in the attitude of the band, putting more and more of themselves into the music. And still they grow.
The demo 'Struck To Death' passed the torch onto some fresh ideas, demonstrated in the second demo 'Outbreak', and for the upcoming EP, which is scheduled for release autumn 2009 and is so far tittled "the Fury, The Power, The Pleasure".