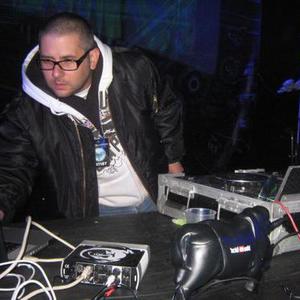 D-Tek, whose everyday name is David Durst, is a Mexico City native. Having started DJing in 1987, in less than a decade he has built himself up to be one of the leading and most pioneering artists shaping the Mexican trance scene today. By the turn of the millenium, D-Tek was releasing tracks on all the major world psy-trance labels from Tip to Transient to Shiva Space Japan. His first album, "Earth Technologies", exploded onto the world and instantly became a top choice for trance conoisseurs and DJs all over the globe.

Since then, David's live act has performed, and is scheduled to perform, all over Mexico and elsewhere in the globe from Japan to Brazil to the US and Canada as well as all over eastern and western Europe, not to mention his highly popular DJ sets. His performances and discography cross ties with all the greatest artists of recent years and so many more... In short, David Durst AKA D-Tek has established a reputation as an extraordinary producer and performer across the globe, and one can rest assured to expect nothing but some of the highest quality, top-notch heart pounding psytrance from his newest release, "Broken Disk"!