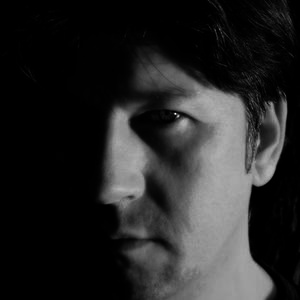 Cyril Morin is a film score composer, was born in Blois, France in 1962. He began studying music at the age of 6 and attended the National Music Academy. Later on, he picked up classical guitar and discovered rock and blues. During this period he joined different bands and played in gigs and stages around the area, after which he made his first music video and decided to move to Paris. There, he met with artists and producers, for whom he began to arrange songs, jingles, sound library music as well as albums etc.

There, he met with artists and producers, for whom he began to arrange songs, jingles, sound library music as well as albums etc. The variety of his work gave him the opportunity to explore different musical genres, but also to learn more about studio recording sessions and producing. He quite naturally recorded his first single, followed soon after by the release of an instrumental album in 1990 titled "Distance". Further to these accomplishments he returned to more elaborate musical studies. His meeting with Serguei Celibidache encouraged him to write for orchestra.

In 1993 Cyril Morin composed his first soundtracks for short films such as "Khajuraho" directed by Pan Nalin, documentaries as well as television productions. Gradually he composed more and more film soundtracks and produced his own albums ("Flood", "String Quartet"). In 1995, he composed the music for Natasha de Betak's film "Kaal" that was presented in festivals worldwide and won many awards (Tempere, Capalbio, Londres, USA).

A long and productive relationship then began with director Henri Helman for television films and series such as "Une Vie Pour Une Autre", "Tramontane", "Mediterran?e", "L'Institutrice" (awarded best film in 2000), that were all very successful in France and throughout Europe.

The album "One of My Dreams", was released in 1999. When Mirwais heard this album, he contacted Cyril to orchestrate his solo album and the song "Paradise (Not for Me)" performed by Madonna.

In 2001, Cyril Morin composed the music of the documentary on Indian medicin, a feature film titled "Ayurveda-art of being", directed by Pan Nalin and produced by Pandora Film, after which he also composed the music for another feature film titled "Samsara", a "spiritual love story" filmed in the Ladak region of India by the same director. With this film, Cyril mixed into a Japanese musical canvas, a string orchestra and a variety of other traditional folk instruments.

Ayurveda - Art Of Being