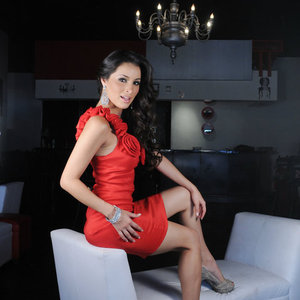 There are three artists that use the name "Cynthia" Cynthia Deyanira Rodr?guez Ruiz (born May 5, 1984 in Monclova, Coahuila, Mexico) is a Mexican singer and reality television personality She was a contestant on the reality TV show La Academia, coming in fourth place. Rodr?guez later competed on the reality show Desafio de Estrellas. She was voted off the show right before the finals, with only five other contestants left.

Her album Soy was released in June 2006, just as she left Desafio de Estrellas. She was selected to sing the theme song for a television series on TV Azteca, called Looking for a Man.
Cynthia later played an important antagonist role in a Mexican "telenovela" called Bellezas Indomables. Concurrently, her second album Provocame was released in March, 2008.
In the present, Cynthia is playing the role of the protagonist's best friend in the "telenovela" Mujer Comprada, which airs daily on TV Azteca. At the same time, she is the hostess of a music videos show called Festival Azteca Music, which airs weekly on Azteca America. She is also palnning the release of her third album for 2010.