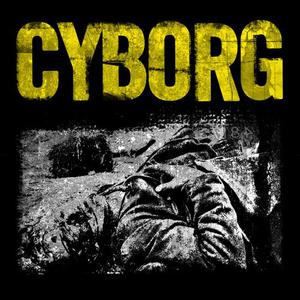 There is more than one artist using this name. 1. Cyborg is a grind/powerviolence band from Chicago, IL 2. Cyborg (thrash metal) CyborG was founded in 2003 as a one-man project conducted by Matei Tibacu-Blendea when he was 14 years old and was living in the US (Phoenix, AZ). He recorded a homemade demo entitled ?Arrival? in his cave, naming the project "Skull". It was Thrash metal with progressive and melodic death metal influences.

1. Cyborg is a grind/powerviolence band from Chicago, IL

CyborG was founded in 2003 as a one-man project conducted by Matei Tibacu-Blendea when he was 14 years old and was living in the US (Phoenix, AZ). He recorded a homemade demo entitled ?Arrival? in his cave, naming the project "Skull". It was Thrash metal with progressive and melodic death metal influences.
In 2005 Matei forcibly returned to his home-turf in Bucharest, Romania and immediately started work on the debut album. He came in contact with Andi Ionescu (frontman of Matei's favorite romanian band ?Taine?) who had recently opened up a studio, where he also met the great Ady Tabacaru (drummer from Taine, Matei's favorite romanian drummer). Ten songs were prepared for the debut album, 8 originals and two covers by Celtic Frost and Testament. The project/band name was quickly changed to CyborG as it is now known (thankg god...at least it's more mature than Skull). The album is entitled ?The Last Thing You'll See? and is out now. This is the debut album of a very passionate metal fan who had THIS (the album) to "say" at the age of 15, it is a basis, a starting point for a path that has yet to be battered. Recommended for fans of Testament, Celtic Frost, Dark Angel, Voivod, Nocturnus and Annihilator. All instruments recorded by Matei.
In late 2007 Matei met Alin Iordache (also bassist in the band ?Calm? at the time), Catalin Radulescu (guitars) and through them he met drummer Razvan Dutchievici. Alin, Catalin and Razvan were generous enough to lend Matei out with live performances and consequently with the album release concert (which is bound to take place during the summer of 2009). In the initial ?gang of four? (Matei ? lead guitars and vocals, Alin ? bass, Catalin ? guitar, Razvan ? drums) CyborG opened for such bands as Onslaught, Suicidal Angels, The Ocean and Bloody Sign. After a 5 month hiatus, Cyborg is back on the market with a new line-up since Razvan quit. And who would know the drum parts better than Matei? So, Matei became drummer and still vocalist, Alin kept his bass duty, Catalin was still on guitar and Petre Iftimie, followed by the great Andrei Popa (both of Illuminati, a band whose drummer is Matei and the position of bassist is filled by Sep from Taine) were also guitarists in CyborG for a while.
After the summer of 2009 ceases to flow, Cyborg will take another undetermined break for many reasons, including the fact that Alin will be moving to the UK and Matei will be moving to another country soon as well. When it will come back, it will be in the form of a one-man project again but with many guest appearances (possibly including members of Atheist, Gnostic, Illuminati, Psycho Symphony, Taine, Pestilence, Master, Nocturnus and Sieges Even among others) and of course a different more advanced musical style. A revolutionary progressive / sci-fi thrash metal. The sound of something personal.


3. Cyborg is a death metal/industrial metal band from Denmark. So far the band performed one good album Chonicles in 1996.

4. Cyborg is a electronic/experimental projrct by GD.

5. Cyborg is a electronic/industrial band from Macedonia.