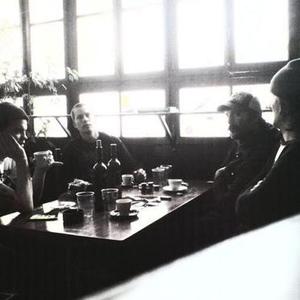 Cut City formed in Gothenburg, Sweden in 2002 around the local Deleted Art label, sort of the Swedish counter-part to U.S. art-punk imprints like Three One G and Tapes Records. In May 2005 they issued a 4-song EP on the California-based Gold Standard Labs label, home to such acts as The Locust, Year Future, GoGoGo Airheart and many more. Drawing comparisons to groups such as Echo & The Bunnnymen and Joy Division as well as newer bands like Interpol and Editors they at the same time echo the past as much as the future.

In May 19th, 2008 Cut City had a 7'' split release with U.S. post-punk outfit Cat Party. This release was a small step to a certain recognition by U.S. music crowds.

In February 1st, 2009 Cut City released a 12'' EP release called Narcissus Can Wait.
In mid-2010 their official website cut-city.com was shut down. Though they opened a blog where they keep up the fans with latest updates of them working on their upcoming album Where's The Harm In Dreams Disarmed, and not only.
The drummer of the band David Hagberg released this comment via their Cut City Facebook group, "Where's The Harm? will most likely be our last testament". Thing that makes their upcoming album their final release.

In June 6th, 2011, Cut City announced through their blog the digital release of their latest album, through their bandcamp.profile. Where's The Harm In Dreams Disarmed has a cost of 10? to download it from bandcamp, while the money of the sales will be used for a future materialized LP/CD release of the album.