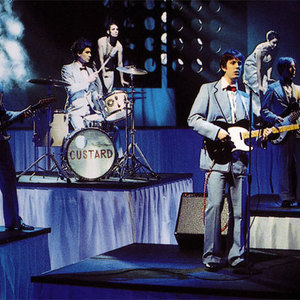 1. Custard were a masterful band of pop craftsmen with an uncanny grasp of the two-minute-something single who seemed to have equal amounts of Devo, Pavement and, oddly, disco in their genetic makeup. They were also blessed with singer Dave McCormack, whose voice was innocent and boyish-sounding enough to get away with things that might ordinarily cause a fuss ? from songs about speed labs to geeky dedications to Jim Henson and an infamous declaration that ?music is crap?.

A Realm Of Tales

Come Back, All Is Forgiven

Kingdoms Of Your Life