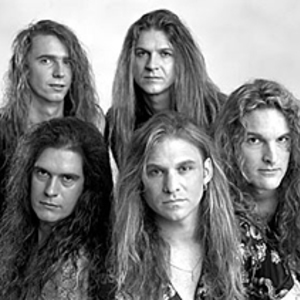 Each country is well known for a certain style and taste. This is true also for Switzerland. In fact one thing is sure: Swiss like to rock! With acts like GOTTHARD, KROKUS and CRYSTAL BALL the Swiss scene is among the finest and healthier around. CRYSTAL BALL have been rising to fame amongst the fans of hard and melodic sounds with their trademark mixture of melodic Hard Rock and Power Metal. "TimeWalker" is their new release, the fifth full length in the band's still brief yet intense history, and it includes many surprises.

"TimeWalker" is a concept album with a journey through different historical events. Just listen to the opening track "Digital World", possibly the heaviest track ever recorded by Crystal Ball, which starts the journey in our time. Musically there is a big variety of styles ranging from the mid-tempo hymns of "He Came To Change The World", the majestic "Mozart Symphony" and the cheerful "Celebration".
As on their previous release "Hellvetia", Crystal Ball worked again with producer Stefan Kaufmann (ex-Accept, U.D.O.), who helped creating a dynamic and powerful sound.

The CRYSTAL BALL line up is as strong and tight as ever with long-time Keyboarder and guitarplayer Tom Graber being replaced by the German Connie Andreszka, who played his first show with CRYSTAL BALL in June. After the customary start as cover-band CRYSTAL BALL began to create their own sound by performing more than one hundred concerts in their first two years as a unit. The precious experience gained on stage brought them supporting slots with bands such as GOTTHARD, KROKUS, DOKKEN, DORO, U.D.O., PRETTY MAIDS, BONFIRE, PINK CREAM 69, and others.

In 1998, CRYSTAL BALL were invited to compose a song for Swiss boxer Stefan Angehrn. The result was "Eye To Eye," which was shown all over Swiss national TV stations. Later in 1998, CRYSTAL BALL entered the Area 51 studios to record their debut album "In the Beginning" along with producer Tommy Newton.
Several tours and festivals later, CRYSTAL BALL recorded their second album "Hard Impact", once again with Tommy Newton. This time they really hit the jackpot! Metal Heart magazine (Germany) called it an "ear-wig parade full of great ideas and catchy refrains" and awarded it a perfect score! The album was followed by a European tour supporting PRETTY MAIDS and more festival appearances.

In 2001, CRYSTAL BALL signed a new record deal with Nuclear Blast Records, which was won over by the great many qualities of the band. Following the "Virtual Empire" album CB hit the road once more, this time with KROKUS, DORO, DOKKEN and U.D.O while after the release of "Hellvetia" they played with AXXIS and PINK CREAM 69, and then once again on tour with U.D.O. For 2005 they have already announced some festivals, while a proper tour will follow later this year. So far the band has played about 450 shows in more than ten countries over Europe. A limited edition of the album will also feature a bonus track of a well known pop song, so be quick to grab a copy and enjoy!