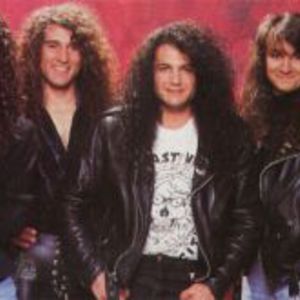 There is more than one artist with this name: 1) An alternative melodic hard rock band from the San Francisco Bay Area, originally named Heroes formed in the mid ?80's with Susie Major (vocals), Steve McKnight (guitar), Phil Deckard (bass), Chris Moore (drums). 2) An American indie-electronic duo formed in 2010 in Raleigh, North Carolina, comprised of members Justin Phillips and Johnluke Lewis, known for their unique mix of Dub-step and Indie music.


2) An American indie-electronic duo formed in 2010 in Raleigh, North Carolina, comprised of members Justin Phillips and Johnluke Lewis, known for their unique mix of Dub-step and Indie music.

3) A Thrash/Punk/Hardcore 4 piece from Kent England


1: Cry Wolf is formed of Tim Hall (vocals), Steve McKnight (guitar), Phil Deckard (bass), John Freixas (drums) and JC Crampton (Keyboards). In 1986, the band moved to Los Angeles and started working the Hollywood club circuit, soon thereafter recruiting Hall's friend Paul Cancilla on drums. During recording sessions for their demo, the keyboardist, JC left and they were forced to change the name of the band. To generate a mailing list and search for a name at the same time the band ran a contest in the local BAM magazine. The person(s) who came up with the winning name would win M?tley Cr?e tickets. The name "Cry Wolf" was chosen out of hundreds of entries.

At about the same time, a demo of the band was out on the streets and was starting a buzz on the strip. Word got out overseas and Cry Wolf was convinced to release it as a limited red vinyl in Japan and do a handful of live shows, all of which sold out. The band was promptly offered a recording contract and released their critically acclaimed self-titled debut on Epic/Sony which featured the Beatles song "I Am The Walrus".

The Japanese success led to an American recording contract and the re-release of the debut album on Grand Slamm/IRS, titled "Crunch". This album, along with the debut in Japan were produced and engineered by David DeVore (REO Speedwagon, Foreigner), and mixed by Joe Barresi (Queens of the Stone Age, The Melvins). The US release had a little different track listing. The band dropped "I Am The Walrus" and "Wings" and replaced them with "Road To Ruin", "On The Run" and "Dirty Dog Night". Along with an immensely popular MTV Japan video of "West Wind Blows", the band also released a video for "Pretender" on MTV's Headbangers Ball. While touring in support of Crunch, the band had played alongside such bands as Kings-X, Savatage, Every Mother's Nightmare, Saigon Kick, Judas Priest, Lynch Mob as well as many others.

While in Houston, TX, during a tour in support of "Crunch", however, the band's equipment truck was stolen along with all of their gear. At this point, Paul Cancilla had decided to leave the band. The band brought in Murder Bay drummer [John E. Link], as well as changed management. The band continued on as Cry Wolf through 1992 with a darker/heavier new sound and began recording song demos for their second album. Unfortunately the second album was never recorded due to Grand Slam's failure to support and fund the second album. As such the band took legal action and was released from Grand Slamm Records in 1992. Soon after being released John left the band and the remaining members changed their name to Shed, but as the Seattle Grunge scene emerged essentially killing off any hopes of getting noticed in the LA scene, the band decided to part ways and embark on new musical endeavours.

Since that time, Paul has played drums on a Kuni album released in 2000, and is presently working for KOCH Entertainment in Minnesota. Steve McKnight is a member of original Anthrax frontman Neil Turbin's new band DEATHRIDERS. Time permitting, Steve also writes and records with old friend Mike Inez (Alice in Chains, Heart) and drummer Ben Smith (Heart). Tim Hall has since started a solo career, releasing the cd "Imperfection" (1997). In 2001, Tim went a whole new and refreshing direction with the release of the cd "Tumble". Describing the new sound as "Hot Rod Country" or "Bluesabilly", his latest band is called "FAST OTTO". Bassist Phil Deckard played alongside and recorded with Tim for years, but has since left and is now writing and recording on his own. John E. Link started Sonic Legacy Records an independent record label. John continues to play drums as well as compose music and engineer, mix, and produce artist for his label.

On August 18th, 2007 - Cry Wolf kicked off a reunion tour to promote their upcoming album slated for a late 2007 release on Sonic Legacy Records. The album is being engineered, mixed, and produced by John E. Link and features Tim Hall on Lead Vocals, Steve McKnight on Guitar and Backup Vocals, Phil Deckard on Bass and Backup Vocals, and John Link on Drums. The reunion tour also includes original drummer Paul Cancilla playing with the band on songs from their 1989 Japanese release "Cry Wolf" and 1990 US release "Crunch". More information can be found on the band on their MySpace site located at http://myspace.com/crywolftheband

Cry Wolf was born when former hardcore vocalist Justin Phillips decided to pursue his interest in exploring electronic music. Enlisting the help of lifelong friend Johnluke Lewis on drum kit, he set out to create music that fused their Indie and Hardcore backgrounds with their newfound love for electronic music. With less than a year of performing under their belts, they have had their music featured in two films, gotten radio play everywhere from New York to North Carolina, been featured on major music television site fuse.tv, and toured the south-east, sharing stages with national acts such as Skrillex, Deiselboy, Kaskade, Steve Aoki, and Adventure Club. Cry Wolf has been met with rave reviews from top music blogs such as This Song Is Sick, Ear Milk, Play This Song Loud and Good Music All Day, held the #1 spot on both The Hype Machine and Twitter's music charts for three days straight, and their tracks have received over 1,000,000 plays, and 80,000 downloads.

Citing a broad range of influences everywhere from electronic music such as Crystal Castles and Skrillex, to grunge/punk bands like The Kills and Bloc Party, Cry Wolf uses a mix of live synths, software, and live percussion to create tracks that cross a broad range of genres. They are known for their engaging live shows, and passionate stage presence. According to Phillips, ?With both me and Johnluke coming from hardcore and indie backgrounds, I wanted to make more than what has been defined as dub-step music. I wanted to fuse it with the melodic qualities of indie music, and the raw slamming rhythm of hardcore. What came out is not typical, it's a multi-genre mutation."

More information can be found at Cry Wolf's facebook at http://www.facebook.com/RunCryWolf