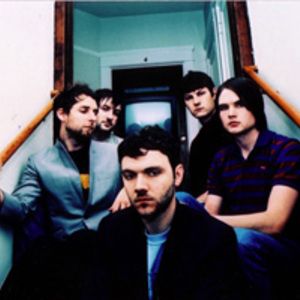 Crosstide is an accidental word, not found in the English dictionary, taken from a literal translation of Pablo Neruda's poem, ?Waltz.? The poem describes a calm spot in the ocean amidst the turmoil of opposing tides and currents?a fitting metaphor for the band's sound. Formed in the late 90's in Portland, Oregon, Crosstide began as high school friends cutting their teeth on the indie rock sound lionized by bands like Smashing Pumpkins, Mineral, Ride, and Sunny Day Real Estate. The group now transcends their roots and casts its own shadow with Life as a Spectator.

Following a collection of self-produced early material and a noteworthy appearance at Austin's South by Southwest in 2002, the 2004 self-titled Crosstide EP sold out of 1000 copies immediate following it's release. One of the key songs from the EP, ?Talk Radio,? was added at KNRK, Oregon's largest commercial alternative radio station, making Crosstide the first unsigned act in regular rotation there in nearly a decade and positioning them as a breakthrough act for early 2006. "Talk Radio" recieved airplay on other stations, as well, including Seattle's KNDD "The End". A second song from the EP, "Making Friends" also enjoyed regular airplay on KNRK.

In early 2005, Crosstide joined the Slowdance label. They've finally arrived with their debut full-length, Life as a Spectator, produced by Jake Portrait in September 2005. Recorded in a remote cabin in rural Washington State, Life as a Spectator is the result of months of isolated, focused songwriting. Combining elements of post-punk, early emo, 80's pop sensibility, and the varied influences of Crosstide's contemporaries, Life as a Spectator connects the dots between two and a half decades in a way that is exciting, accessible and honest. Bret Vogel's unmistakable voice, infectious melodies and thoughtful lyrics atop a sly, offbeat rhythm section forge a masterfully structured debut album.

Crosstide contributed to the Elliott Smith tribute album "To Elliott, from Portland", released in Feb 2006, with a cover of Elliott's "Angeles".

Crosstide's rare ability to intertwine dramatic balladry and stadium-ready anthems demonstrate a band well beyond their years. Featuring Bret Vogel (vocals, guitar) Rian Lewis (guitar, vocals), Matt Henderson (drums, programming) and Erick Alley (bass), the band has recently added keyboardist, vocalist and songwriter Bryan Free to the mix. Bryan is a long time friend of the band and his entry to the group has provided them with a renewed sense of vitality.

The band has just returned from an extended stay in southern California, playing a lot of shows and recording new demo material.

Life As A Spectator