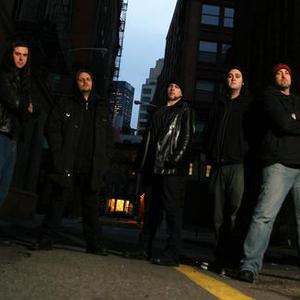 Creation's End is the vision of New York City's Rudolph Albert (guitar ? ex-Zandelle) and Dario Rodriguez (drums). Rudy and Dario, who met in school, have been playing music together since 1999. As they grew tighter in their playing, they began to focus on writing original material. The nature of the material evolved from simple metal tunes in the early years, to more complex and mature compositions.

During the summers of 2003 through 2006, Dario and Rudy convened to write music. The focus of the sessions was simply to make great music that they both enjoyed, and each summer, they wrote and recorded a new demo of original material. Rudy soon took on keyboard duties in the band Until Destiny, where he met John Macaluso (drummer of James LaBrie, ex-Ark, ex-TNT, ex-Yngwie Malmsteen). After a short period of time, Rudy and Dario decided that the time was right to revisit their old material to record and release it the right way.

With a newly renovated studio and producer John Macaluso on board, they set out to record eight reworked versions of songs that appeared on their demos. They were joined by the line-up Mike Dimeo, (ex-Masterplan, ex-Riot), Robert Katrikh (Doro), and Joe Black (Chris Caffery, ex-Zandelle). After a short while it became apparent that Robert couldn't join Creation's End full time and the choice was made to bring on board super guitarist Marco Sfogli (James LaBrie).

The end of 2010 saw the release of the debut ?A New Beginning? and marked the fruition of an album Rudy and Dario envisioned from the beginning ? melodic, with many touches of progressive and a strong sense of groove, yet still heavy and dark. Backed by Intromental Management, the quintet is set to unleash their music on the world.