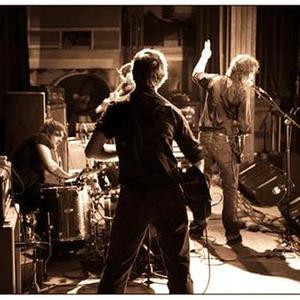 From Plymouth, Devon, hard-twang, roots-punk quartet, Crazy Arm, properly set up camp in mid-2006. Not easy to categorise, and all the better for it, the band's sound is an accumulation of decades of influence and inspiration: rooted in hardcore/punk, ?60s protest folk/country and classic rock'n'roll, combined with a grass-roots political overview that embraces anti-war, anti-fascist and pro-community activism.

Crazy Arm's debut album, 'Born To Ruin' ? recorded by Pete Miles on the edge of Dartmoor ? was released on Xtra Mile Recordings in June 2009 to much acclaim from fans and critics alike. The title is a celebration of history's conscientious troublemakers as well as a respectful nod to Springsteen. The album was released on mainland Europe, through Gunner Records, in March 2010.

The band's second album, 'Union City Breath', was released on 10th October 2011 (on Xtra Mile Recordings in the UK / Gunner Records on mainland Europe), accompanied by a UK/Euro-wide tour including three weeks with Against Me!. The album was a stylistic leap in many ways with the band embracing acoustic influences and a far heavier sensibility in some places. It also received glowing reviews across the continent, and featured in Big Cheese and Rock Sound's top 30 albums of the year lists.