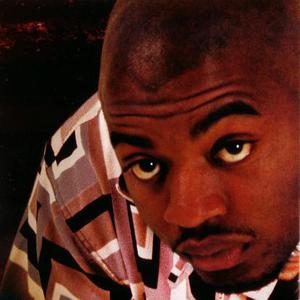 There has been more than one artist known as Crazy. 1. A Soca artist from Port of Spain, Trinidad. 2. A Punk Rock band from Switzerland. 3. A rapper from New Orleans. 1. Crazy, born Edwin Ayoung 1944, Maraval Road, Port of Spain, Trinidad. The mother venezuelan and father trinidadian of chinese descent. In his youth a skilful cricket player. The "Loveable Lunatic of Soca", artistically underrated in his native land but one of the most commercially successful artists on international soca scene.

1. A Soca artist from Port of Spain, Trinidad.
2. A Punk Rock band from Switzerland.
3. A rapper from New Orleans.

The "Loveable Lunatic of Soca", artistically underrated in his native land but one of the most commercially successful artists on international soca scene. An experimentalist. He pioneered parang soca and played a leading role in promoting chutney soca.

Initially used sobriquet Wong Ping, then Mighty Arawak. He was dubbed Crazy by Fred Farrell and was encouraged to go solo after showing talent as a chorus singer.

Made calypso debut at Sparrow's Original Young Brigade (OYB) 1972 with double entendre "The Electrician" (issued as a single with "Religious Procession" on the Crazy label) and performed as guest artist at that year's Queen contest.

Crazy remained with OYB until 1979. Presented "Jamadar" 1976 and released single "Satan Coming"/"Tight Mas" on Charlie's. Sang "A Great Achievement" (issued on a single with "Raper Men" on Belini) 1977.

Crazy had a successful 1978 season with no. 1 best selling single "Dustbin Cover" and "Listen Joffre Serrette" on Ice Records.

Debuted in National Calypso Monarch final with both selections, placing second. Had major Yuletide hit 1978 with self-penned "Parang Soca", the first example of soca blended with Trinidad's Christmas season Latin music parang. Crazy used a mixture of chutzpah and media hype to make his debut LP Super Album on Crazy Music (incl. "Parang Soca") the biggest seller of 1979, selling 35,000 in Trinidad &Tobago alone. Crazy was undoubted star of OYB that year and well before being selected for the final he threw TT$10,000 into the Calypso Monarch purse with the condition that Mighty Sparrow and Lord Kitchener, who'd both retired from competition, should be brave enough to compete against him.

He took Super Album cuts "Guadaloupe Chick" and "Back To Pan" to fourth place in 1979 Monarch final. Had runaway hit Christmas 1979 with magnificent "Muchacha", issued on 12" with "Parang Soca" and included in album Madness Is Gladness, both on Crazy Music.

Crazy didn't sing in a tent 1980 and despite the late release of Madness Is Gladness (one week before Carnival Monday), it became one of that year's best-sellers including his no. 1 top selling Carnival single "Don't Try That".

Joined Kingdom of Wizards tent 1981 where he performed one of calypso's gems of all time "In Man's Search" from My Method Of Madness on Charlie's.

Tied second in 1982 Road March race with "Uncle Crazy" (aimed at youngsters) from his no. 9 best selling album Crazy on Charlie's.

Found permanent home in the REVUE tent 1982-2001 still singing there. Made it to the finals in Calypso Monarch 1983 with unrecorded "To Be A Man" and title track of Mad Man Jam on CCP.

Returned to London April 1983 to perform at the Tempo Calypso '83 with Arrow at the Commonwealth Institute. Sang in Monarch finals 1984 with "Ain't Boung For You" written by Austin Lyons (Superblue) known as Blue Boy at the time and "Soca Tarzan", which came third in Road March contest; both songs incl. in no. 7 best selling album New Directions on Kalico.

Crazy's 12" single "Suck Meh Soucouyant" on MRS, a celebration of folklore superstition mixed with sexual innuendo, took possession of Trinbagonians two weeks after directly receiving the Holy Sacrament from the Pope to become the unstoppable Road March winner of 1985.

Placed third in Road March race following year with "I Want It Back" from mini album Fire 1986 on Crazy Records. Appeared with Relator and Brigo in Caribbean Calypso Tent Road Show in London March 1986.

1989 was a big success with the title track from album Nani Wine on Trinity. A double entendre soca chutney.

Crazy had party hit 1990 with "Gimme More" from mini-album Soca Beti on Benab (issued on Hot Vinyl in UK).

Byron Lee produced his 1991 album Jump Leh We Jump on Dynamic in Jamaica, from which he sang "Fools" in the tent.

Another party track "Penelope" was also a hit. His tent selections for 1993 were "Paul" and "Jump Up And Wail" from Let's Go Crazy. The controversial double entendre "Paul" (penned by Winsford Devines) was popular throughout the season, while "Jump Up And Wail" gained momentum as a party and road tune towards the end of the season.

1994's Crazier Than Ever spawned the hits "OPP in De Party" and "Dis Is How". Performed two Devines compositions "Cough Remedy" and the party tune "Heat Up De Place" (incl. in Crazy For You) at Kitch's tent 1995.

Sang "Put Yuh House in Order", "Get On" (by Devines) and the Shadow penned title track of "Wildness" in the tent 1996. Contributed to compilations JW Parang Soca Christmas Vols. 1 & 2 '96.

2. The Band Crazy was one of the first punk bands founded in Switzerland in the late seventies. The played political punkrock in the style of the The Clash and disbanded in 1982 after recording one LP and one EP.

My Minds All Fucked Up