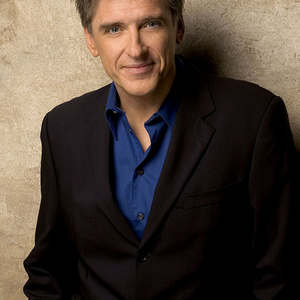 Glasgow comedian Craig Ferguson has been host of CBS's The Late Late Show since 2005. Before breaking into US television, Ferguson was popular as a stand-up comedian in Britain in the 1980s, first as Bing Hitler and later under his own name. His stage shows sometimes included comic songs (he accompanied himself on acoustic guitar), including crowd favourites "The Sheep Song" and "Scotland Hooch Och Aye".

He released two comedy albums, Live at the Tron (as Hitler) and Mental; the latter contained a studio recording of "Scotland Hooch Och Aye" that was released as a single in 1988.

Nobody But The Moon And Me