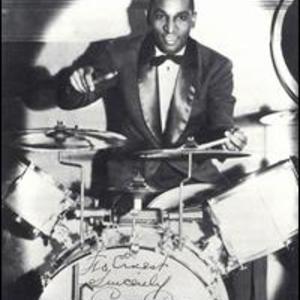 Cole was well-featured with Cab Calloway's Orchestra (1938-1942), playing in a strong rhythm section with Bennie Payne, Danny Barker, and Milt Hinton; his showcases included "Crescendo in Drums" and "Paradiddle." Cole popped up in many different types of jazz and studio settings throughout the 1940s, and headed several record sessions with swing all-stars. He was with Louis Armstrong's All-Stars (1949-1953), opened a drum school with Gene Krupa, and in 1957 toured Europe with Jack Teagarden and Earl Hines. A 1958 recording of "Topsy" became a surprise hit, allowing Cole to lead his own band throughout much of the 1960s; he also played with Jonah Jones' quintet later in the decade.