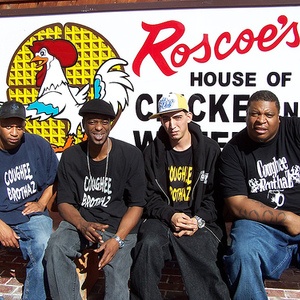 Coughee Brothaz is best known as the entourage and backing sound of Houston's Devin the Dude. They have released 2 full length albums, which can be found in two different formats. A pre-release version of the album, entitled ?Collector's Edition? was available via the internet until the final ?Waitin' Our Turn? was released in 2007. Now they are back with "Fresh Brew" which is being quickly received as an instant classic.