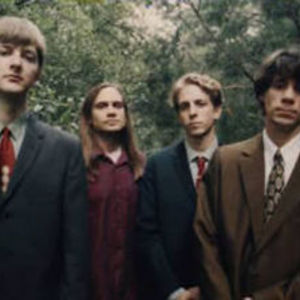 Cotton Mather was a powerpop band from Austin, Texas formed in 1991. With their strong vocal harmonies and accessible melodies, they have drawn comparisons to the Beatles, Squeeze, and Guided by Voices. In his 2007 book, Shake Some Action, John Borack rated the Kon Tiki album at number 26 of his Top 200 Power Pop Albums of all time, comparing the album to Revolver-era The Beatles, Big Star, and The Apples In Stereo. Rise to Popularity

Rise to Popularity
Oasis guitarist and songwriter Noel Gallagher got a copy of Cotton Mather's CD Kon Tiki, and was very impressed. Oasis helped promote Cotton Mather and asked them to tour with Oasis. The British psych-pop label Rainbow Quartz reissued Kon Tiki in the U.K. in late 1998, becoming a massive hit, with the song "My Before and After" even gaining a fair amount of radio airplay. The band's "Lost My Motto" was featured on Little Steven Van Zandt's "Coolest Songs In The World Vol. 1". NME once called them "almost the most exciting new guitar pop band since Supergrass."

After releasing three albums, the band disbanded in 2003. In 2005, their song "Lily Dreams On," originally released on Kon Tiki, appeared on the soundtrack of the popular television show Veronica Mars. Cotton Mather's frontman Robert Harrison is now in a band called Future Clouds And Radar, with a self-titled CD released on the Star Apple Kingdom label. Whit Williams and Dana Myzer formed a new band, Stockton, and have released one album . Dana Myzer has relocated to London and joined British guitar pop band Farrah.

Name
The band gets its name from 17th century Puritan preacher and author Cotton Mather, a minister at Boston's North Church. He was famous for, among other things, supporting the executions of the so-called "witches" at the Salem witch trials.

Thrown From A Horse

Death of the Cool