A Last Day on Earth 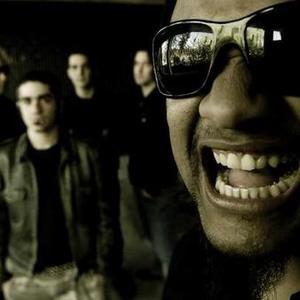 BETWEEN MIRRORS AND PORTRAITS IS THE POWERFUL DEBUT ALBUM FROM THE PORTUGUESE BAND, A LAST DAY ON EARTH. EMOTIVE AND DENSE, BRUTAL AND DEVOTED, BETWEEN MIRRORS AND PORTRAITS IS EQUALLY DIVIDED BETWEEN THE SPANKING HARD EMERGENCY AND THE NOBILITY OF TERDERNESS. ALBUM SHOWS US AN AMBITIOUS, EXCITING AND VERY SKILLED BAND. NOTHING WAS LEFT OVERLOOKED HERE! Leiria is the city that hosts the band since it formed back in 2005, but its most natural born place would be California's Orange County, where the primary hardcore crossovers happened.

The A LAST DAY ON EARTH's music is deliberately sensitive and sentimental, but the content of its hybrid aim and the power of its melodic and rhythmic structures, take them far safely from an eventual annoying status. Valter Geraldes voice is the driving force of the assorted emotional states induced while we listening to Between Mirrors and Portraits, and goes from guttural and semi-deep aggressive (not as serious as the death or grind likes) to the bittersweet and semi-cried sung way (not as pop as the translucent term itself - except in the sorrowfully fraction of "Promise") Moreover, the other guys of the band prove their brilliant attributes especially in the way they manage their own instruments, rising from the perfect marriage between the flattering bass player agility of Miguel Batista, to the metronomic way of the drummer, Bruno Nunes. To all this we can add up the symbiosis of two experienced guitar players such as Ruben Santos and Jos? Couceiro Despite of giving us the idea of a ?last day on earth" and leading us into a world full of mirrors whose pictures are not reflected, one of the main qualities of the A LAST DAY ON EARTH's music is that we can find in almost songs, mutations and smooth changes: even if they are not properly the ultimate storm's visible rainbow, surely they are slight signs of hope, as if it in the end of the story we could find something else, unremarkable, impossible to categorize, but with an unquestionable and liable existence. A LAST DAY ON EARTH's Between Mirrors and Portraits is, undeniably, a surprising and auspicious work that deserves all the attention of both truly heavy stuff headbanger fanatics and open-minded common music lovers!

Between Mirrors And Portraits

A Last Day on Earth (CDR)