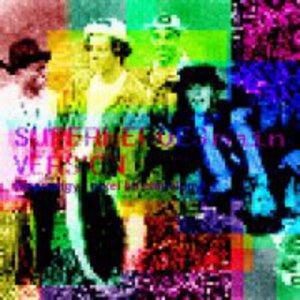 Coop is on his way to becoming a major player of Southern style rap with his harmonic style, hook-laiden beats and unmatched swagger. Lyrically speaking, he is comparable to some of the greatest rappers that have come out of the South; however; his presence offers music fans something more memorable with the power to maintain longevity. Coop's ability to shock audiences and critics from the get-go is what makes him stand out from the army of Deep South rappers.

Standing 6'3? with a dress shirt and ripped jeans gives Coop an appearance more along the lines of a typical rock singer, but when this white boy begins to perform it is a spectacle that audiences are not soon to forget.

Coop started out in the music scene in 1999, with a group called 24 Karats. The group focused primarily on releasing mix tapes with freestyles much like the rest of the city was doing at the time. The group established a strong presence on the East Side of Houston performing at clubs in Kingwood as well as Barrett Station on a number of occasions. Coop primarily served as the group's DJ and manager, but his unprecedented style and voice eventually launched Coop into the spotlight as a solo artist.

In 2002, Coop released his first mix tape ?The Demo.? The album was released online for download and had over 200,000 downloads in six months and established him as force in the local underground hip-hop scene. The buzz began to grow and Coop was becoming a household name. In 2004, Coop cut another album showcasing his evolving style which resulted in a captivating flow, mature beats and a distinct sound. He released ?In command? on his website and received over 2 million hits with album downloads exceeding 500,000 across various online outlets. As a result, he was invited to showcase for Gigamerica (Sony Urban) and landed in the national event finals. With his reputation firmly established in the underground and mainstream hip-hop scene, Coop was featured in Harvey Luv's video for ?Shut Yo Mouth? as well as many other showcases and performances where he was able to collaborate with Lil Boosie, Young Joc, Trae, Juvenile, Rob G, Slim Thug, Lil Kano, ESG, Trai'D, The G Spot Boyz
and many more.

By 2005, Coop established LOL Entertainment (http://www.lolentertainment.net) with fellow performers DreTL and BlaKC. After submitting the track ?Who You Thought it Was? to Americanidolunderground.com, the trio earned praise from listeners nationally, boasted the site's ?Best Rap Song? as well as ?Best Rap Group in 2006? and landed a feature article in the November 2006 issue of American Idol Magazine. 2007, had proven to be a huge year as Coop was featured on a number of artists' albums including Fred Binz, Harvey Luv, Zeb Pittman, OG Fuse, and Wayne Bell, and was performing shows across the South. Fans can expect to see more of Coop this year as he focuses on building a buzz through a variety of collaborations with other artists, producers and live shows. In addition, Coop has signed with POBAM music for his current project. He is working on his retail release due out later this year. ?The Inauguration? features heavy hitting production by Harvey Luv and Lil Kano. There are multiple features on his album including Lil Kano, ESG, Da Beast, and OG Fuse. His first single ?Swagga Jacka? has received over 500,000 hits in less than 3 weeks. Coop plans to distribute albums and be a major influence in the music industry until 2020, when he plans to run for the Presidency on the Independent ticket. It may sound farfetched, but he has plenty of time to campaign and releasing albums for the next 13 years may prove to be a very strategic move.