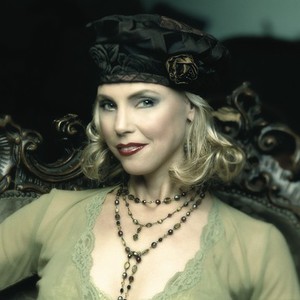 CONNIE EVINGSON is based in Minneapolis, Minnesota. She has appeared in clubs and concert halls across the U.S., in Europe and Japan, and has been a guest soloist with the Minnesota Orchestra and the Toronto Symphony conducted by Doc Severinsen, and the Vocalessence Music Series with Bobby McFerrin. She is the creator of the original stage production, Fever, A Tribute to Peggy Lee, which she has performed at theatres across the country and excerpted at New York's Town Hall.

She has been featured on the Smithsonian's "Jazz Singers" radio series, and on numerous compilation discs including Jazziz Magazine's Vocals on Fire CD and Sharper Image's New Sirens of Song along with Diana Krall, Norah Jones, Stacy Kent and others. Connie has released eight CDs on Minnehaha Music: I Have Dreamed; Fever - A Tribute to Peggy Lee; Some Cats Know; Let it Be Jazz - Connie Evingson Sings the Beatles; The Secret of Christmas; Gypsy In My Soul; Stockholm Sweetnin' and Little Did I Dream. All titles charted in the Top 50 Jazz Releases in the U.S. and Canada.

Little Did I Dream - Songs By Dave Frishberg

Stockholm Sweetnin' (With The Hot Club Of Sweden)

Gypsy in My Soul

Let it Be Jazz - Connie Evingson Sings the Beatles

Fever: A Tribute To Peggy Lee