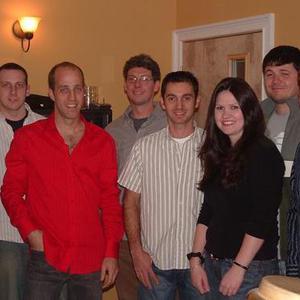 The band was formed in 1993, and became one of the country's "must-see bands." Having sold out shows all along the East coast, Conehead Buddha's fans are as diversified as the band itself. Originally intended as a Salsa dance band, Conehead's sound has flourished as a showcase for Rock, Ska, Funk, Pop, Latin and Hip-Hop music. However, their inimitable talent lies in using each style as a vehicle for catchy, powerful songs.

It is the band's belief that these songs fused into an exhilarating live show create the perfect formula for attracting new fans while keeping their huge fanbase satisified.

Conehead Buddha has played over 1000 shows spanning 19 different states. By recognizing the distinctive personality of each audience, they are able to mold every show into a unique musical experience. After the last encore, Buddha fans often return home with one of their latest albums (if they know what's good for them that is)