A Fight to the Death 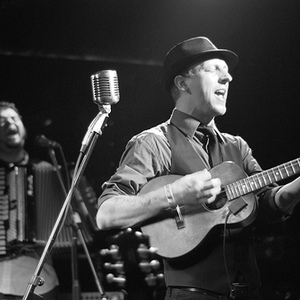 A Fight to the Death began in early 2006 as the solo project of guitarist and songwriter CJ Bargamian (ex-Crybaby, ex-Myssouri). In mid 2006, CJ recorded his first solo LP ?American Literature? (as Chris Bargamian & A Fight to the Death), which was released online through iTunes and other retailers. While living in San Francisco the following year, he completed an EP titled ?End of Continent Sadness? before returning to Atlanta in February 2007.

A Fight to the Death began performing as a full band in the fall of 2007, and has played extensively since then; lots of local music festivals, clubs, parties, etc. In July of 2008, the band released its self-titled debut LP with a very successful CD Release Show on July 19 at the Highland Ballroom in Atlanta. AFTTD finished out the year with a Holiday blowout show to benefit the Atlanta Community Food Bank; the show was a huge success and the band was able to make a sizeable donation to the charity.

In early 2009, the band parted ways with Colin Jaccino; Daniel Winn came on board as his replacement, and work on AFTTD's sophomore record began.