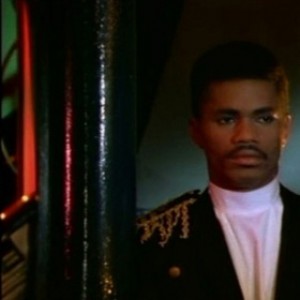 Colonel Abrams is an R&B/Soul & House music artist who was born in Detroit, Michigan and raised in Brooklyn, New York. In 1985 he signed to MCA Records for a debut album Colonel Abrams, featuring a hit entitled "Trapped", which reached the UK Top 5. He also enjoyed a string of very successful entries on the Hot Dance Music/Club Play chart in the 1980s and 1990s, including four entries that hit #1.

He also enjoyed a string of very successful entries on the Hot Dance Music/Club Play chart in the 1980s and 1990s, including four entries that hit #1. "Trapped" topped the dance chart in 1985, to be followed by the entire Colonel Abrams album, which spent two weeks at #1 the following year. "I'm Not Gonna Let" also spent a week at #1 in 1986 and in 1987 he had his fourth #1 US dance hit with "How Soon We Forget."

His albums during the 1990s "About Romance" (1992), "Victim Of Loving You" (1995) and "Make The Difference" (1996) did not gain the same level of success in the Dance music mainstream but were well received by his fanbase. After a brief hiatus from recording, Abrams returned to the music scene in the mid 2000s. His early 2007 single, "Just When You Thought" became an underground hit. This was followed by the singles "Never Be", "Just Like Mathematics", "True Stories" and "Only A Few." Off the strength of his fanbase, Abrams released his sixth studio album, "Should Be Dancin' (The Album)" exclusively on traxsource.com. He also continues to tour.

Don't Give Me A Love That I Can't Use

You And Me Equals Us