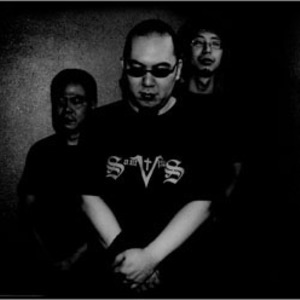 Coffins are a Japanese death-doom metal band, formed in 1996 by guitarist and vocalist Uchino. Having gone through several lineup changes in the past, they now consist of Uchino, Ryo (drums) and Koreeda (bass). Their sound is influenced by old school '80s and '90s doom metal, death metal and thrash metal. After several demos they released their 1st full-length album "Mortuary in Darkness" in 2005.

One year later "The Other Side of Blasphemy" was released on 20 Buck Spin and Southern Lord in the United States. Their latest full-length "Buried Death" came to life in 2008. They have also shared split recordings with bands like Otesanek, Cianide, Grudge, Anatomia, Spun In Darkness, Lobotomized, Hooded Menace, Warhammer, among others.

Beyond the Circular Demise

The Other Side Of Blasphemy