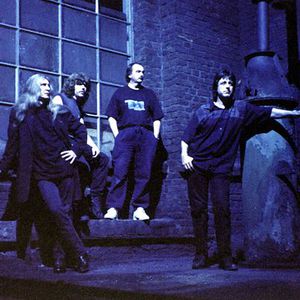 Code Indigo is one of those hard to catagorize and innovative bands whose music and concept style albums cross genres and appeal to a wide range of audiences. With strong melodic compositions, an imaginative combination of keyboards, guitar, samples and rhythms plus a good helping of atmosphere and sublime "off the wall" moments, their music compares to that of a Blade Runner style soundtrack. A sort of 'electronic music meets instrumental rock with experimental, ambient and down tempo chill out influences' all part of the mix.

Think 'Art of Noise, Enigma and instrumental Pink Floyd' or music for ex-rockers who have mellowed with age.

The band was founded in 1995 by David Wright and Robert Fox as a vehicle for their collaborative work and also featured Nik Smith on lead guitar and Vaughn Evans on synths. Pat Patterson replaced Nik Smith on guitar in 1997, but was himself replaced a year later by Andy Lobban. Vaughn Evans left the band in 1998.