A Breach On Heaven 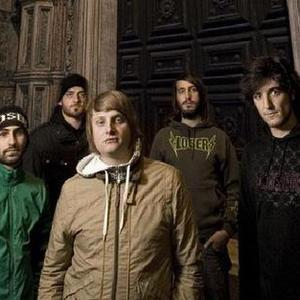 A Breach On Heaven formed at the end of 2005, when their members met in Peo's recording studio, after spending months looking for the right people for this project. In January 2006 ABOH finds the ultimate line up, with Cangia at the drums and Johnny at the bass, and starts producing the first tracks for a demo never to be released, because not yet quite in line with the expectations of the band.

After spending a couple of months of afterthoughts and rehersals, Johnny takes on the melodic vocals and ABOH records "...And Burn", featured in Love Kill's Clothing Compilation; June 2006 also sees the guys adventuring in their first live acts.
By summer ABOH is up for new ideas and quickly moving towards different musical directions, finding inspiration for the new songs later to become part of their first full lenght work "I Hate 50's Movies".
In February 2007 they're back in the studio and start recording the new album.
"I Hate 50's Movies" is a mixture of southern rock sounds and melodic screamo, embellished by 70's/80's guitar riffs sexed up with a contemporary approach.
The melodic lines owe much to technical and moral support provided by Vinx (Vanilla Sky, The Gaia Corporation), who helped the band finding the right mood to convey their intent at best.
The album unearths both the rock and metal music experiences of the band's members, mustered through the years, and becoming actual and clear when listening to the record.
As we speak, ABOH is getting ready to set foot on the stage, and looking for the right channel through which promoting their music... Stay tuned!