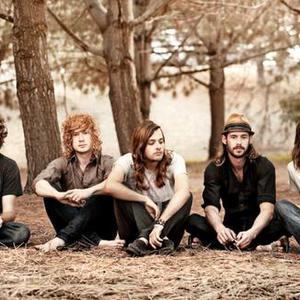 Closure In Moscow is a progressive rock band based in Australia. The band formed in Melbourne, Australia, in 2006, comprising of lead vocalist Chris De Cinque, drummer Beau McKee, guitarist and backup vocalist Manny Zennelli, guitarist Michael Barrett, and bassist Bradley Kimber. Only 18 months after first forming, they signed to Taperjean Records and released their debut EP (self-proclaimed 'albumette') on April 19, 2008, titled The Penance and the Patience, off which two music videos were released.

They have established a name for themselves with an array of shows in their home country alongside international acts such as Saosin, Coheed and Cambria, Aiden, A Static Lullaby and, Street Drum Corps. They also performed in the U.S. Van's Warped Tour in 2010.
The band has since re-located to the USA, and recently released their first full length "First Temple".

The Penance And The Patience (EP)