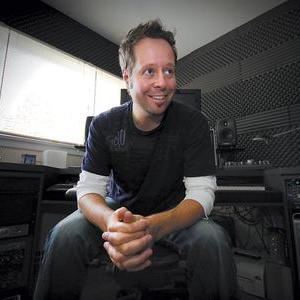 Clinton Shorter is a Canadian film and television composer. He was recently hailed by The Hollywood Reporter as one of the "Young Composers to Watch." His original music to the block buster, "District 9" is described by film critic Kirk Honeycutt as a "magnificent score." Shorter has worked on over 300 episodes for television, numerous commercials, indie films and original music for the Olympics.

He was recently hailed by The Hollywood Reporter as one of the "Young Composers to Watch." His original music to the block buster, "District 9" is described by film critic Kirk Honeycutt as a "magnificent score." Shorter has worked on over 300 episodes for television, numerous commercials, indie films and original music for the Olympics.

The Award winning Vancouver native, developed a love for music at a young age. While in high school, he discovered another school that had a recording studio so he was granted a transfer and spent all his free time in the studio. Clinton entered college as a music major specializing in Jazz Studies, but left to pursue writing music with an experimental rock trio.

Clinton Shorter said his love for film music began when he heard the score to the film "Never Cry Wolf," scored by Mark Isham. "It changed my life and made me want to go down the road of film scoring." Shorter then reentered college to study music composition and synthesis. His first break came while working at a music store when a Canadian composer came in to buy equipment. Shorter left the store to work with him and the young composer began to hone his talents. It would be several years before he would begin gaining recognition on his own, which occurred when he had a Christmas party and his sister brought a friend, Jeff Macpherson, to the event. Macpherson, a director who was in the late stages of editing his first feature film, saw all the equipment and asked him what he did. Shorter said he was a composer, which led to Macpherson hiring him to score his film called Come Together.

Shorter began scoring digital shorts for friend and director Trevor Cawood who was working at a CG facility. Cawood introduced Shorter to a young director named Neill Blomkamp. Blomkamp later hired Shorter as his composer for commercials and short films. "Neill was only 22 at the time but everyone at the office could see his talent and felt one day he would be a super star," said Shorter.

One of those collaborative projects was the short film, "Alive in Joburg" which was the catalyst for "District 9." Academy Award winning director Peter Jackson saw the short and came in as the producer of the feature with Blomkamp set as director. "When he [Blomkamp] called in late 2008 and asked me if I'd score his first feature, I was all over it," explained Shorter.

For "District 9," Shorter worked closely with Blomkamp, "I spent the first several weeks experimenting with every African instrument I could think of. We incorporated African male vocals with some percussion from the region combined with other elements to give the film the darkness and edge it required. I knew from the beginning that I was going to go with more of a hybrid score of live and synthesized instruments. There's a "mutation" of sorts in the film and I wanted to have that mirrored in the music." Peter Jackson referred to Shorter's music as a "brilliant score."

The Expanse (Season One)