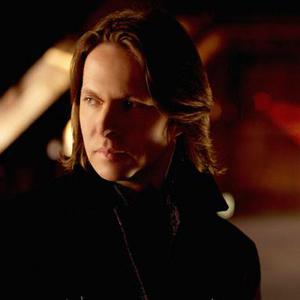 Clark Datchler (born Clark Wynford Datchler, 27 March 1964, Sutton, Surrey, England) is an English singer, songwriter, musician and record producer. He first came to fame in 1987 as the lead singer, songwriter and multi-instrumentalist in the band Johnny Hates Jazz. Clark Datchler's father was Fred Datchler, a singer and saxophonist in two popular vocal groups of the 1950s, The Polkadots and The Stargazers. He also sang backing vocals for The Beatles and Frank Sinatra. Fred encouraged his son to learn to play piano, guitar and flute from the age of 7 years old.

Clark Datchler's father was Fred Datchler, a singer and saxophonist in two popular vocal groups of the 1950s, The Polkadots and The Stargazers. He also sang backing vocals for The Beatles and Frank Sinatra. Fred encouraged his son to learn to play piano, guitar and flute from the age of 7 years old. Datchler attended Downsend School, Ashtead and St. John's School, Leatherhead where he started many bands.

He released his first single when he was 17, "You Fooled Him Once Again", on the London soul label Bluebird. The record featured Julie Roberts of Working Week, and two members of the reggae band Aswad: drummer Angus "Drummie Zeb" Gaye, and bassist George "Ras Levi" Oban. The single was not a success.

Shortly after, he signed a music publishing deal with Warner Bros. Records, and moved to LA when he was 18 to write for other artists. The following year he returned to London and joined the band Hot Club, signed to RAK Records. His fellow band members were Calvin Hayes (later part of Johnny Hates Jazz), Glenn Matlock of the Sex Pistols, and guitarist James Stevenson of Chelsea and Generation X. They released one single ("It Ain't Me, Girl"), before Datchler was signed to RAK as a solo artist. He subsequently released the singles "I Don't Want You" and "Things Can't Get Any Worse", both produced by Mickie Most (producer of The Animals, Donovan, Hot Chocolate and Kim Wilde). However, success continued to elude him.

Datchler became a member of Johnny Hates Jazz with Mike Nocito and Calvin Hayes in 1986. The band released their first single, "Me and My Foolish Heart", on RAK Records in that year. The single did not achieve success. However soon, as Clark began to write the songs for the band, a showcase was held at Ronnie Scott's Jazz Club where the group performed in front of several record labels. They signed with Virgin Records, and Datchler's best-known song, "Shattered Dreams", was released in spring 1987. The single was a success worldwide, reaching #5 in the UK. It also reached #2 in Japan and the US (as well as #1 on the Billboard AOR chart). Several international hits followed, including the anti-war anthem "I Don't Want to Be a Hero" and "Turn Back the Clock". The band's debut album, Turn Back the Clock, was released in January 1988 and reached #1 in the UK, going double platinum. Datchler wrote most of the songs on this album, including all of the band's hits.

Along with being signed to Virgin Records, Datchler signed a music publishing agreement with Virgin Music Publishing.

In 1991, Datchler went back into the studio to record some tracks with Rupert Hine, producer of Tina Turner, The Fixx and Howard Jones. The new album was titled ?Fishing for Souls.? However, when the relationship between Virgin Records and Datchler deteriorated further, he left the label. ?Fishing for Souls? was never officially released, but was eventually made available as a bootleg.

In the mid 1992, Datchler moved back to Britain, where he based himself at Peter Gabriel's Real World Studios outside the city of Bath. There, he taught himself to play the bouzouki, drums and percussion, and refined his abilities as a pianist, keyboard player, bassist and guitarist. He also began to experiment with combining world and folk instruments with contemporary instruments and modern grooves. These recordings eventually led to the beginning of the writing and recording of the album Tomorrow.

At the same time, Datchler studied the philosophy of indigenous peoples. He became a Green Party member, and focused his songwriting skills on social issues that concerned him.

In 1998, Datchler signed a music publishing deal with BMG Music.

In 2000, Datchler moved to the USA and continued working on Tomorrow. He played many of the instruments on the album as well as producing (with Shianna Bryter) and engineering. He invited several outstanding musicians to guest on the recordings, including Phil Gould (drummer of Level 42), David Rhodes (guitarist with Peter Gabriel), James McNally (Irish whistle and bodhran player of the Afro Celt Sound System), Hugh Marsh (fiddle player with Loreena McKennitt), Phil Beer (mandolin player of Show Of Hands) and Joji Hirota (shakuhachi player). He recorded much of the 12-track album in a state-of-the-art studio powered by solar energy. One of the songs was a new recording of his first hit with Johnny Hates Jazz, "Shattered Dreams."

In 2006, Datchler formed his own record label and publishing company, InterAction Music. The completed version of Tomorrow was released in May 2007.

Datchler is currently working on a new Johnny Hates Jazz album with fellow original member Mike Nocito, being the long-awaited sequel to "Turn Back the Clock." An EP from the album will be released in Autumn 2011. At the same time, they have begun to perform in different parts of the world and are rehearsing for future shows in 2012.