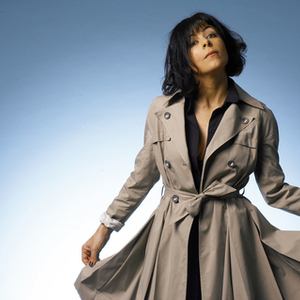 Claire Keszei ? better known to French music fans as Clarika ? was born in Boulogne-Billancourt, in the Paris suburbs, on 3 February 1967. Abandoning the idea of an acting career, Clarika enrolled at the "Studio des Vari?t?s" in rue Ballu, deciding to concentrate on her singing instead. It was during this period that she met one of the most influential figures in her early career, making the acquaintance of a Belgian singer and musician by the name of Jean-Jacques Nyssen.

Clarika's debut album, "J'attendrai pas cent ans", was released on Boucherie Production in 1994. The photo on the album cover confirmed Clarika's alternative image, picturing a punky-haired girl, standing hands on hips, staring defiantly at the world.
Clarika went on to release a follow-up album entitled "?a s'peut pas" in 1996. Thanks to a bigger recording budget and the aid of Dominique Blanc-Francard as artistic producer, this second album saw her musical talent blossom and gain a certain depth.
Clarika returned to the music news in 2005, performing as a support act to Zazie on the latter's "Rodeo Tour." The tour included dates from June through to September. But it was Clarika's new album, "Joker", that really put her back on the musical map.